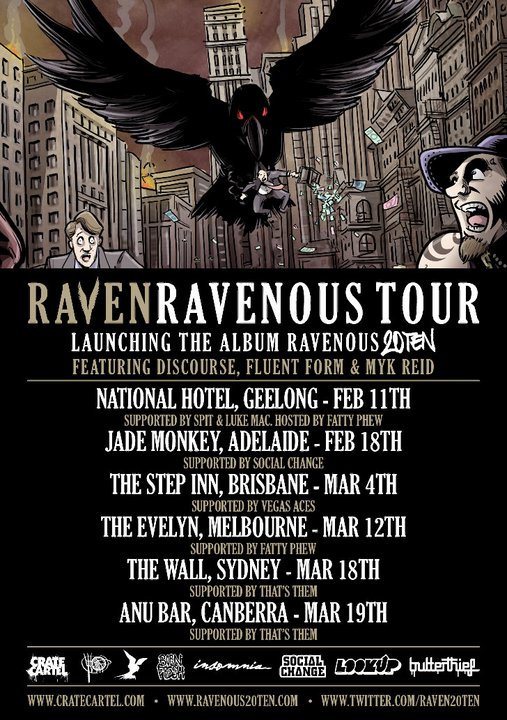 Fresh off the release of his sophomore album Ravenous 20Ten, Raven with label mates Fluent Form and Discourse and newjack Myk Reid will be bringing the album live to Australia on The Ravenous Tour in 2011.
Since its release in late 2010 Ravenous 20Ten has fast been touted as one of the best albums of the year and Raven has been praised as one of the country’s best emcees.
With a live performance career spanning over 5 years Raven has developed a powerful stage presence and improvisational performance full of thought provoking lyrics and neck breaking antics.
This being Ravens debut solo tour will be live in Geelong, Adelaide, Brisbane, Melbourne, Sydney and Canberra with some of the best local supports in the business on board. Don’t miss this chance to see why Raven is one the most talked about lyricists in Australia right now.