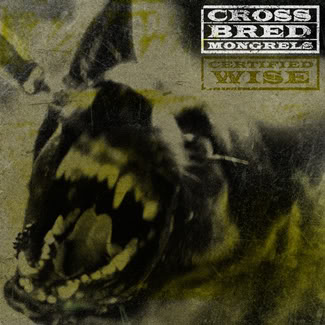 After a long time, Adelaide’s Cross Bred Mongrels are back with a new joint dubbed Certified Wise. Named after the famous crew which has bred some of Australia’s most successful and widely known artists, Certified Wise is the crowning achievement for long time Adelaide hip hop figurehead Flak.

In a distinguished career of building hip hop in Adelaide, Flak was responsible for the early development of such luminaries like the Hilltop Hoods and The Funkoars. And now with long time collaborator and partner-in-rhyme Flee, Flak continues the Certified Wise’ legacy firmly entrenched in the annals of Australian hip hop history.

Produced by DJ Debris, Certified Wise serves up a feast of slamming beats, smothered with the no-nonsense flow Flak and Flee are known for. Featuring guest collaborations with UK MC Mystro (on Killer Combination), Terra Firma’s Simplex (Certified Wise), Funkoars’ Hons (on the rolling-through-Adelaide themed How We Roll) and Melbourne legend Reason (the historical hip hop-leaning Party’s Never Over), Certified Wise is a hard-hitting, no-holds barred assault of classic hip hop infused with elements of jazz, blues, soul, and the right-hook prowess of the Adelaide streets.

Alongside DJ Snair, the Cross Bred Mongrels return to reclaim their rightful throne, inspired and hungry, their title of Australia’s heavyweight kings.

The release date set so far is September 4.  You can check out Party’s Never Over (feat. Reason) and the film clip here.