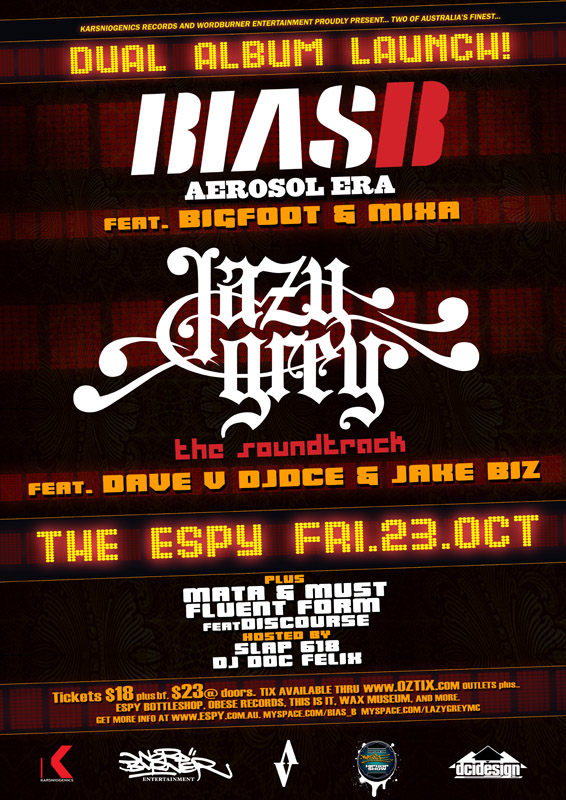 Well it’s now confirmed that Bias B and Lazy Grey are set to perform combined shows in both Brisbane and Melbourne to launch their respective recent releases, Aerosol Era and The Soundtrack.