There have been rumblings and rumours, today it was announced officially that all-rounder Simplex, has signed a solo deal with Obese Records. Obese sent out their newsletter today and here’s what they had to say about the signing:
Adelaide MC, producer and member of Terra Firma, Simplex, has signed a solo deal with Obese. After hearing the rough drafts, all we can say is that the album is original, quirky, funky, light-hearted and pretty damn dope. Simplex has been an Adelaide pillar for years producing the Terra Firma and Damo album, along with beats for Hilltop Hoods, Drapht, and Downsyde. His debut solo album is scheduled for release around mid year. 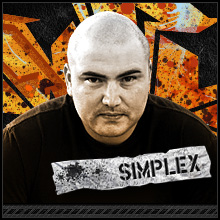