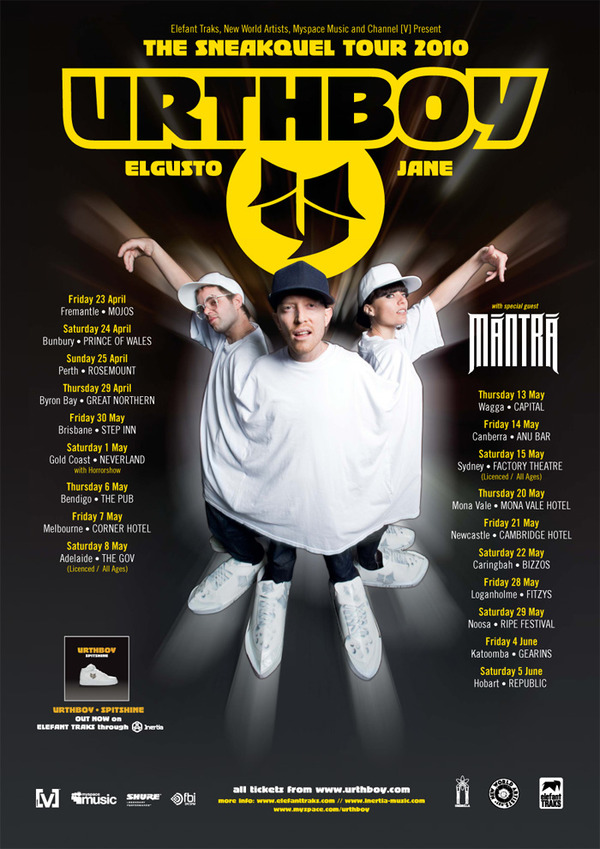 In the name of late nights and lost mornings, Urthboy is coming to your town on the Sneakquel Tour throughout April and May 2010. Nominated for this year’s Australian Music Prize (one of the only artists nominated twice) Urthboy is joined on stage by the incandescent Jane Tyrrell and DJ/producer Elgusto.

Their Spitshine Tour in Oct/Nov 2009 was a huge success playing to over 10,000 people. After successfully navigating their way through the Australian Summer Festival collision course, the time for a headline tour with visuals, dance moves and new tunes has come.

In support is gun-lyricist Mantra, whose debut album drops in March on Obese Records. One of the most gifted emcees in the country, see why he’s the buzz of the hip hop community.