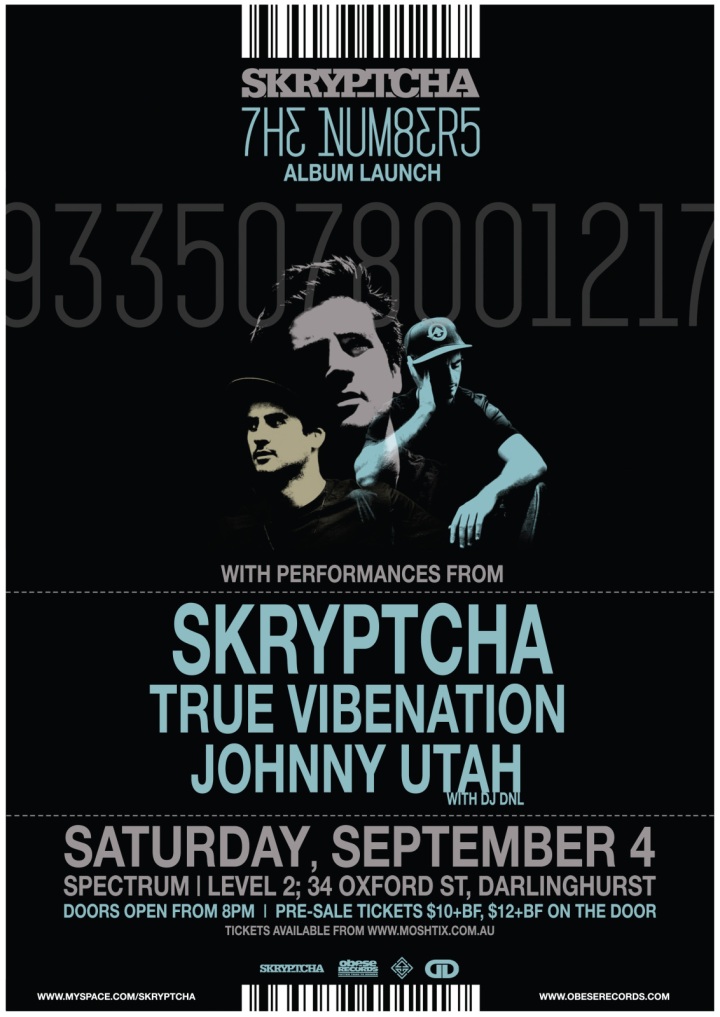 Skryptcha – The Numbers Album Launch! Supported by True Vibenation & Johnny Utah – Sept 4th
Heralded as one of Australian Hip Hops best up and comers, Skryptcha brings his debut album The Numbers to the live arena. Debuting at Number 28 on the ARIA Urban Charts, Skryptcha has delivered what MAG describe as an an uncannily mature debut. Featuring production from world-class beatsmiths such as; Chasm, M-Phazes, Domingo (US) & Jase, Skryptcha has provided a glorious mix of soulful beats and intelligent lyricism. After supporting some of the nations biggest names (Pegz, Muph & Plutonic, Drapht, Hyjak N Torcha) over the past 12 months, Skryptcha now takes his own spot on centre stage as he launches The Numbers live in Sydney. After just being announced as one part of the Three Up Tour featuring Obese counterpart Illy and Festival Song favourite 360, Skryptcha kicks off his national run of tours in style.

His latest single Get Mine is currently burning up the airwaves on radio stations around the country and is currently on high rotation on Triple J. An artist to look for in the very near future, Skryptcha brings his soulful album to life on stage and shows us that the future of Australian Hip Hop is in very good hands.
To help celebrate the release of his debut album, Skryptcha will be supported on the night by local favourites, True Vibenation and Johnny Utah.