It’s been an amazing year for Phrase since the release of his critically acclaimed album Clockwork on 24th April, 2009. This past year has seen Phrase nominated for both an Aria & J Award, rocking sold out shows all over the country, smashing almost every major festival you can think of (Big Day Out, Homebake, Sounds of Spring etc) and collaborating with some of the most outstanding artists Australia has to offer (Wendy Matthews, Kram, Ian Kenny, Daniel Merriweather). Phrase’s Clockwork was a groundbreaking record for Australian Hip-Hop and was praised for its cross genre sound and risk taking, earning it 5 star reviews across the country.

Now with almost 100 shows (in just 12 months) in the can, 6 music videos, 1 incredible album cycle completed, it’s time for Phrase to batten down the hatches and begin working on his next album. In Phrase’s own words “I will be producing the bulk of the record myself and I plan on picking up where Spaceship left off. I’m taking a different approach to this album with no samples this time, it will just be whatever is in my head. I usually drink too much wine and don’t get enough sleep when I write so hopefully I will see u on the other side later this year! If not please play Right Said Fred “I’m Too Sexy” at my funeral and bury me like a legend.

Phrase will be performing a select few shows throughout the country between now and the release of his new album, so until then, keep your eyes open and your ears peeled for the next installment from Melbourne city’s finest, Phrase.

Never Fade marks Phrase’s return to the radio waves to give listeners an in-sight into what promises to be the boldest Phrase album yet. Written and produced entirely by Phrase in his Prahran home studio, Never Fade tells the care free tale of the “live fast, die young” code that so many young Australian’s abide by. With a catchy chorus sung by Phrase himself, Never Fade is the perfect song to kick-start the summer!

To celebrate the release of his new single, Phrase will be performing select shows in WA only as part of his “Never Fade” tour: 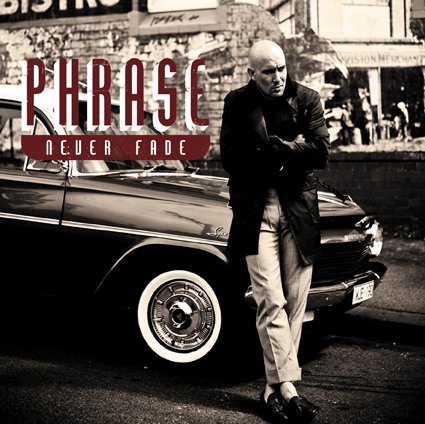