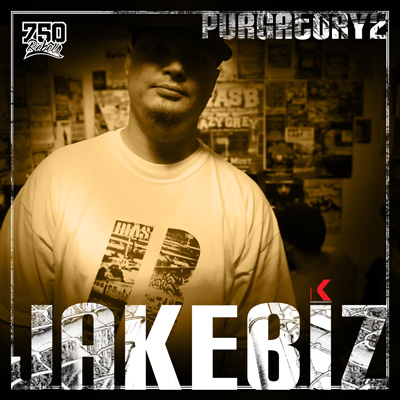 With a string of recent guest appearances alongside some of Australias finest artists and the success of his Purgatory June 2010 release receiving some 900 plus downloads, Jake Biz returns with the second instalment titled Purgatory 2. In the lead up to the full length debut Commercial Hell droppin early 2011 on Karsniogenics, Jake Biz is set to blaze a hellish trail across the scene.

Purgatory 2 kicks off enlisting the talents of Australian legends Bias B and Lazy Grey to throw down on The Statesmen produced stomper Getthefuckouttahere – Remix, with the EP culminating in the 750 Rebels feature banger The Shakedown, a Brookes Cullings (aka Overproof Pete) produced mammoth that captures Brisbane’s most revered crew at their dream-shattering best.

Jake’s fellow Warpig member and frequent collaborator Bigfoot take it back to their Gangsta Rap roots on the heartfelt dedication to feminism How About It, while Jake goes it alone on The Statesmen produced joint Still Drunk.
We continue the wait with fiery anticipation for Commercial Hell, the official debut long player from Jake Biz with longtime friend and collaborator Overproof Pete, and as such enjoy your stay in Purgatory for just a few moments longer.