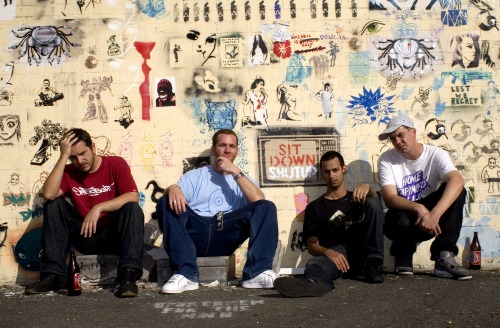 Over the last 5 years, The Binge have built a reputation as one of thes most formidable live acts on the Sydney scene. Comprising MC Rinse on the mic, DJ 2Buck on the decks and producers Aeon and PSYKEone on the beats, this combination of unstoppable energy, boom bap beats and razor sharp lyrics has seen many a Hip Hop throwdown go down – ya heard?

Back in 2007, Bingethinkers released their mixtape Shelf Life – standing out from the crowd by bringing all the beatmaking and production in-house and featuring guests such as Rainman, 13th Son, Scott Burns, Immune and Calski. Whilst only the tip of the iceberg, Shelf Life showed Australia what Bingethinkers were capable of and soon saw them touring with the likes of Def Wish Cast around the country – as well as playing on international bills with Tha Alkaholiks, M.O.P. Dilated Peoples Sound System, Looptroop, Tim Dog, Foreign Beggars and more.
Currently Bingethinkers are working on their debut album and keeping the LookUP engine steaming ahead. The debut LP has just been announced and looks set to drop February 4, 2011. Keep your eyes in the sky and get ready to hear more from one of Australia’s premier upcoming crews – shit is next level BOSS.

Shelf Life is the debut mixtape release from LookUP’s Bingethinkers. Containing all original in-house production from Aeon, PSYKEone and 2Buck – this CD has received praise from hip hop critics around the country. 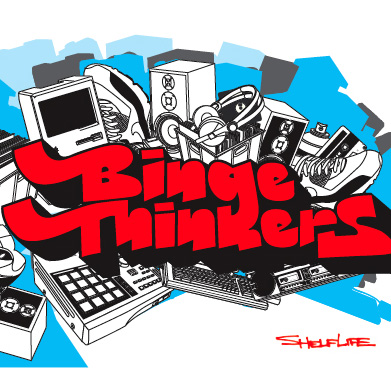 Full Rotation (featured on LookUP In The Sky Vol. 1)