Artfully designed to jack up your adrenalin, Phrase’s third studio album Babylon hums with tremolo guitar, Farfisa and Hammond lines. The choruses (so epic they must be carved into the side of a mountain somewhere) feature gutsy vocals from an unlikely crew of special guests including Alex Burnett of Sparkadia, Davey Lane (The Pictures/You Am I), Guineafowl, Jane Doe, Jimmy Barnes and Phrase singing, for the first time, himself. 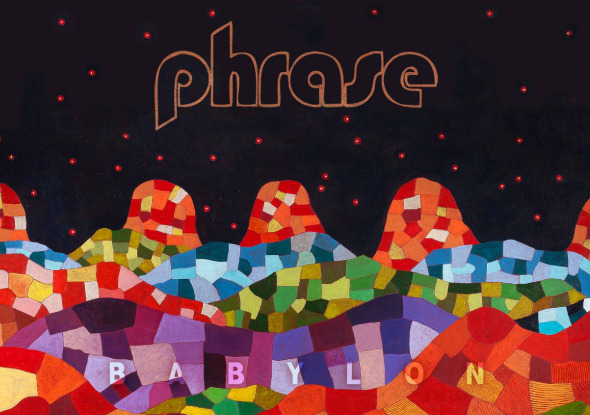 Accustomed to dropping his rhymes over loops and breaks, this time around Harley did away with all the samples and penned songs from scratch on guitar. Finding himself leaning to the raw, desperate delivery of Australian garage rock and British mod, Phrase enlisted a producer Tony Buchen, with a similar aesthetic, and the result is a soulful, edgy album that’s screaming to be heard with full live band. Babylon could quite possibly be 2011’s Australian Album Of The Year. The limited edition digipak comes with a fold out poster.
BABYLON IS AVAILABLE TODAY!