In a time capsule unearthed in an overgrown train yard on the outskirts of Melbourne, archaeologists discover a dirt encrusted artifact, a codex of the art and science of hip hop based on a blueprint etched in concrete during a period of innovation. It bears the marks of the late 1980s and early 90s when the elemental standards were laid down by a small elite. 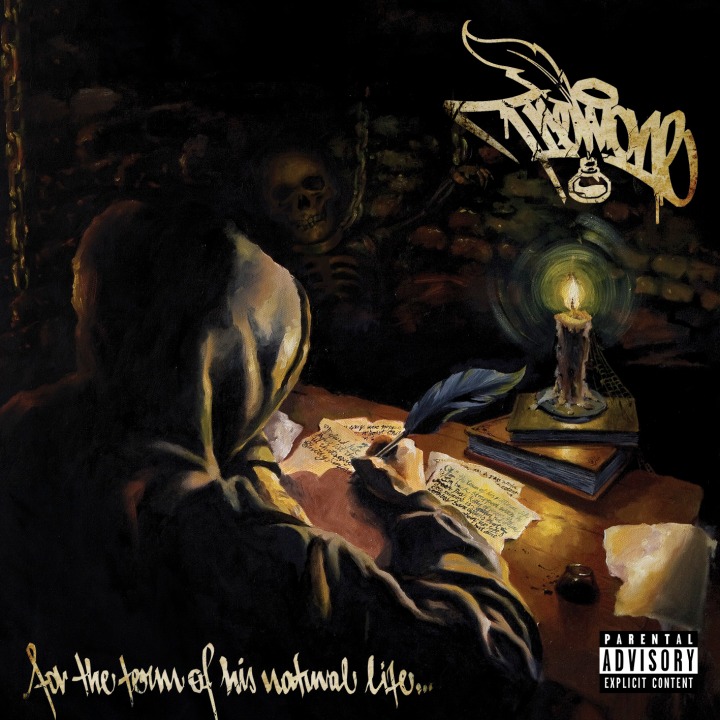 The artifact in question is For The Term of His Natural Life, the debut solo LP from Australia’s finest lyrical craftsman, Trem One. To say debut is misleading, though. With a small but revered discography including two sought after vinyl EPs and his work with the Lyrical Commission on his own Unkut Recordings label, Trem is an elder statesman. Finally, For The Term… makes good on all the promises of his back catalogue. Following up on 2010’s rapturously received teaser single Omega Man, this project hits every target set for it.

Long-awaited doesn’t being to describe Trem’s first full-length, but the notorious perfectionist was never going to release anything less than a flawless gem: “I could’ve dropped varying versions of a solo album many times over, but it wouldn’t be this one. This is the one that I envisioned.”

Having fine-tuned his production chops on two Lyrical Commission releases and Brad Strut’s acclaimed Legend: Official, Trem now steps back from the boards somewhat, producing three cuts himself and inviting Beat Butcha (UK), Amazing Maze (Germany), Thorotracks (NYC), Must, Wik and long time compatriot Prowla to contribute to the soundscape. The result is a coherent 14-tracker that evokes the early nineties with a reactionary vigour. For The Term… exploits the prototypes of finely crafted braggadocio, visceral storytelling and the art of metaphor epitomised by MCs such as Rakim.

Beyond the razor sharp battle verses, the rush of the mission is depicted on the vivid graf narrative Hard Yards and Trem talks like sex on the sticky and lewd Strips. Elsewhere, Ever Since and Reminisce trace the roots of his career back to the 80s while Kings Court is a time-honoured ode to skills over suitably regal beat from Prowla.

Throughout the album, artfully collaged vocal snippets are deployed in the place of a hook by Prowla, DJ Bonez, DJ Dcide and Trem himself. Moreover, Trem breaks down the fading science of crate digging and chorus cuts alongside a masterful example of the latter from California’s DJ Revolution on For The Record.

Complementing the painstakingly composed verses and carefully considered cuts is an equal precision in selecting guests. Brisbane’s Kings Konekted is represented on two tracks, with the group’s Dontez providing the menacing chorus on second single Animal Kingdom. Both Dontez and Culprit commit verses to Russian Roulette, which also features Brad Strut. This grim and epic centrepiece to the album could be read as a passing of the torch from Lyrical Commission to one of the few new names worthy of carrying the flame.

Speaking of the rare collaboration outside his core crew, Trem notes: “I personally think they have the makings of something real special, but for whatever reason don’t seem to get the recognition of other new schoolers with half the talent. Konekted have crafted a mad original style that’s all they’re own but still sits within the blueprint’s guidelines.”

Another unexpected collaboration is a dream match up with Brisbane’s own old hand Lazy Grey on the vicious Vet Clinic, an interstate exercise in amateur euthanasia. In Trem’s words: “Collaborating with Lazy has been on the to-do list for a real long time and for various reasons it never eventuated. After tinkering with the idea for a while during the album’s making, it wasn’t til the right beat landed in my lap that I thought, shit, that’s the one! I am truly honoured to have the god on board.”

In a final surprise, lead single Omega Man is reprised and flipped with help from Brooklyn’s Q-Unique (ex-The Arsonists, and a guest on Lyrical Commission’s – Murderous Metaphors) and a fresh verse by Trem: “Being that there was a chunk of time between the single and the album I wanted to give it some new light. Instead of a traditional remix, I let that ill Prowla beat ride and rehashed my verse, adding a new dimension. Re-acquainting with Q on the track was a no-brainer.”

The sum of these parts is equal measures history lesson, skills seminar and classic storytelling. For the Term of His Natural Life is the culmination of twenty years of hard labour, an unapologetic exercise in hip hop artisanship that steps outside of time to take its rightful place in the Antipodean rap canon.

For the Term of His Natural Life will be available through independent records stores, directly from www.unkutrecordings.com and digitally via iTunes.

• Commencing with the album release, a Limited Edition Artist Series of merch will drop, each linking a leading Australian graffiti writer with a song on the album. Linz, who also painted the album cover, tackles ‘Kings Court’ for the debut t-shirt. Next up, Sofles will handle ‘Strips’, with later editions to be announced.

• A video for the second single ‘Animal Kingdom’ featuring Dontez of Kings Konekted, will drop to coincide with the album release, executed by Josh Davis, Heata and Discourse, who also delivered the stunning high definition clip for ‘Omega Man’