In the lead up to his appearance at the sold out Come Together Festival this weekend in Sydney, Purpose teams up with fellow PE member and Soulmate Records latest, MC Prime for an exclusive track titled Get Em High. 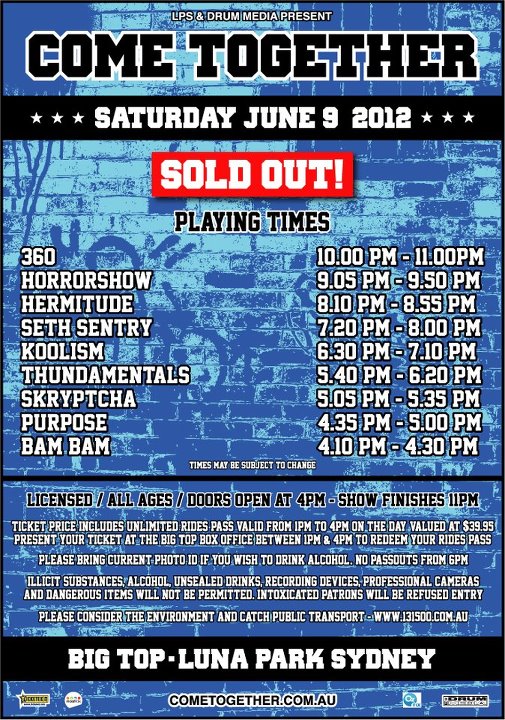 To all the lucky folk quick enough to snap up a ticket, get ready as Luna Park will become host to one of the biggest events on the local hip hop calendar. Headlined by undoubtedly one of the biggest names. A man who needs no introduction, multi award winning, 360 will close the day in the only way he knows how – absolute chaos.

Not to say the roof won’t be raised from opening doors, with Bam Bam kicking off the ceremonies, shortly followed by Purpose, with some very special guest performers. We’ve been sworn to secrecy – but organisers suggest you get there early, as this is one performance not to miss! The rest of the day and night will unfold with the cream of local hip hop, Skryptcha, Thundamentals, Koolism, Seth Sentry, plus Elefant Trak madness with Hermitude and Horrorshow.