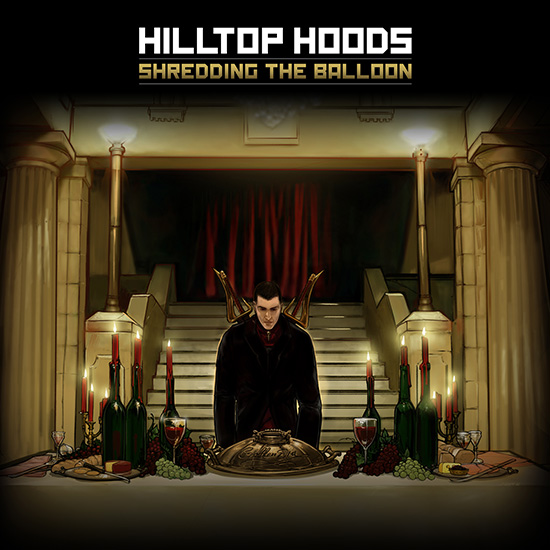 The Shredding The Balloon bundle is now available on iTunes. A teaser of Suffa’s remix can be previewed on Soundcloud here. The Shredding The Ballon official film clip made it’s debut on Channel [V] earlier this month and is now available on Youtube as an uncut version. The crisp video is directed by Selina Miles and was produced by Unity Sound and Visual.

In tour news, 3 new dates have been added to the Speaking In Tongues Tour. Queensland get yourselves ready the Hilltop Hoods are bringing the Speaking In Tongues Tour to Cairns & Townsville. Fogarty Park Cairns will host the first headline date of the North QLD leg on Friday 31st August followed by Tony Ireland Stadium in Townsville on Saturday 1st September. Wollongong has also been added to the tour which will see The Hoods play an 18+ show on Friday August 3. Tickets are available now.