With six weeks to go, Hermitude’s The Villain Tour is already on the way to selling out. Sydney’s Oxford Art Factory show has already sold out and Melbourne’s Corner Hotel show is set to quickly follow suit. 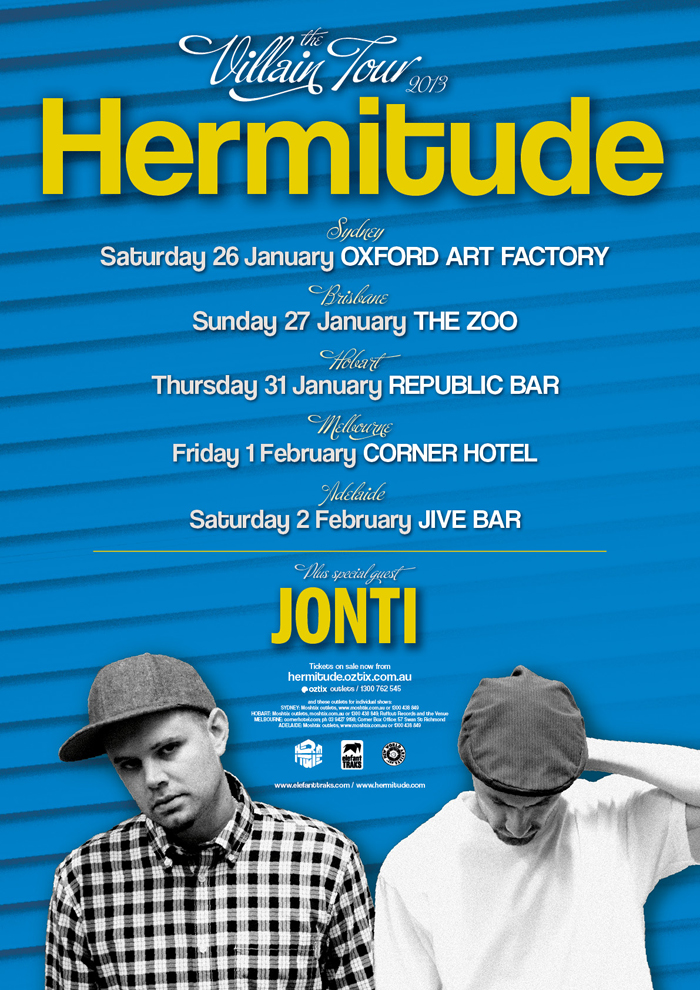 Due to popular demand Hermitude have added extra shows in both cities. Melbourne Tuesday, February 5 and in Sydney Saturday February 9. They’ve released worldwide (Regal/Parlophone & Astralwerks), sold out countless shows across Australia and internationally and in the process catapulted themselves into the festival circuit with spots at Groovin The Moo, Parklife and Homebake.

Hermitude’s production work has been in solid demand with remixes for The Presets, Missy Higgins and co-production credits on Urthboy’s acclaimed Smokey’s Haunt album. They also won an AIR Award for Best Dance/Electronic Release and were nominated for two ARIAs (Best Dance Release & Best Video) and a j award for Australian Album of the Year. Get your tickets to The Villain Tour 2013, while you still can.