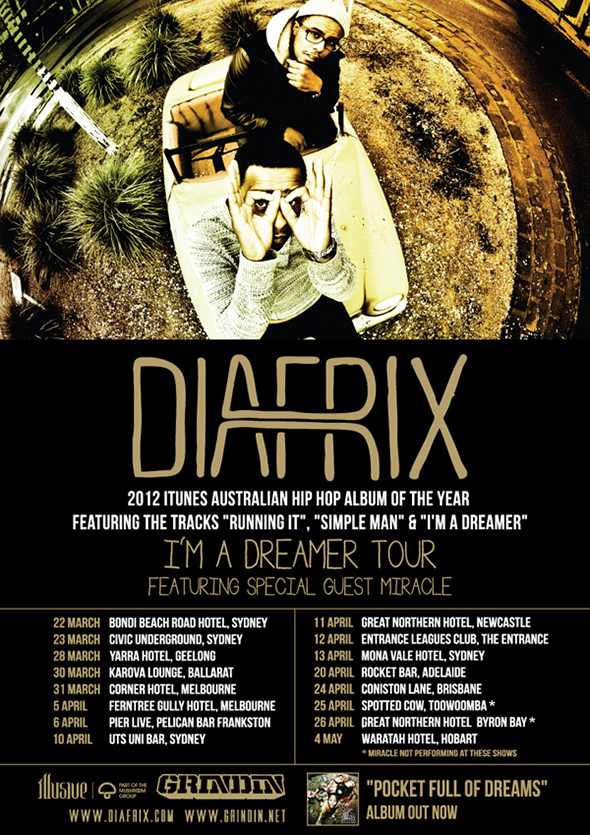 In 2012, Diafrix returned with their new album Pocket Full Of Dreams, with special guest appearances from 360, Dwele and Daniel Merriweather and the majority of the production helmed by Styalz Fuego, the ARIA Award winning producer behind 360′s double platinum Falling & Flying LP.

2013 has already been a busy one for the group. Kicking off the year as AFL club and fellow citizens of Footscray, the Western Bulldogs, hand picked Running It as the official campaign theme song of their 2013 season, they most recently joined triple j Hottest 100 toppers Macklemore and Ryan Lewis on their sold out national tour as the only local support

Catch Diafrix on tour this coming March, April and May.

(* Miracle will not be performing at these shows)