Across Sydney, Melbourne and Brisbane there are USBs embedded into walls and buildings in public spaces. Inspired by artists such as Banksy and Isaac Cordal Sydney band True Vibenation decided […]

Across Sydney, Melbourne and Brisbane there are USBs embedded into walls and buildings in public spaces. Inspired by artists such as Banksy and Isaac Cordal Sydney band True Vibenation decided to release Standby [Project USB] using the guerrilla offline sharing technique, concreting USBs to the wall and marking their locations on their website while on the road for the Standby Tour. 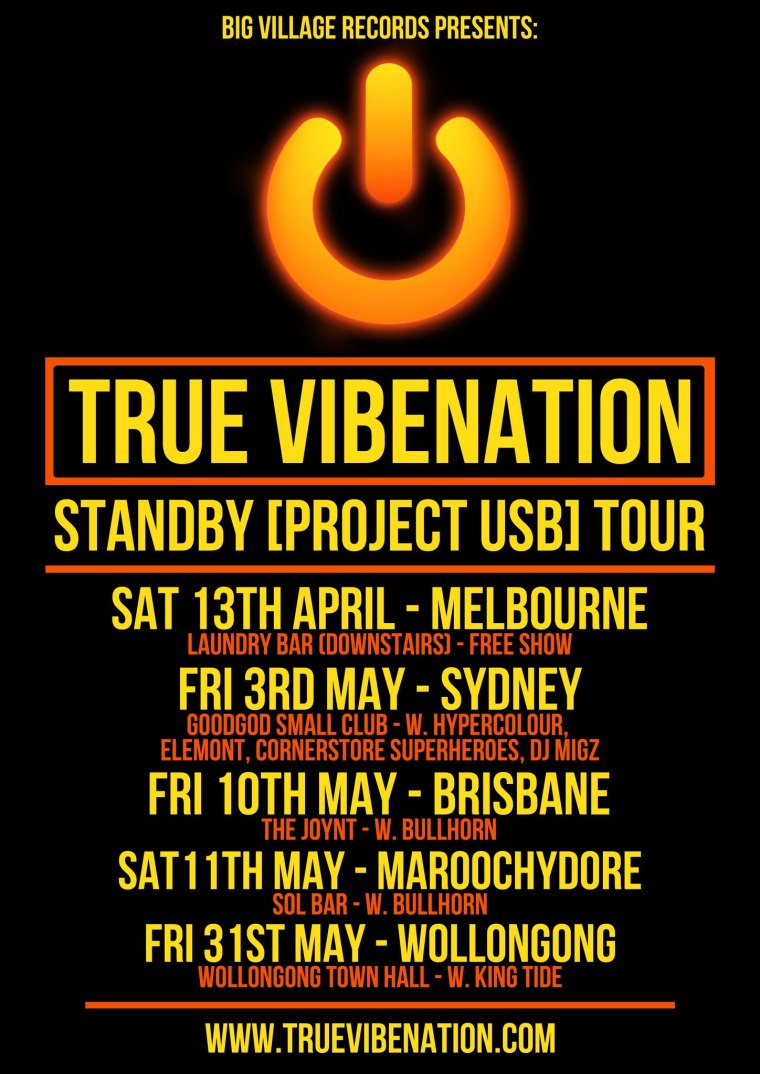 Find the USBs, attach your laptop or take a photo and upload it to the band’s facebook to receive a download of the full project and a shoutout in the next True Vibenation album due for release on Big Village Records in late 2013. True Vibenation’s Standby Tour is as much a music tour as it is a guerilla installation art experiment. The Project blurs the lines between online and offline file sharing. The USBs are placed to give fans an interactive experience of discovering new music, while they are also open to potential manipulation by the user.

Made up of twin brothers Verbaleyes and Native Wit and childhood friend Klue, True Vibenation has emerged as one of the most innovative groups on the hip hop scene with the diversity of their sound and an electrifying live show that sees them shed the traditional live hip hop format of two turntables and a microphone and transform in to a blasting horn section and live beatmaking band. 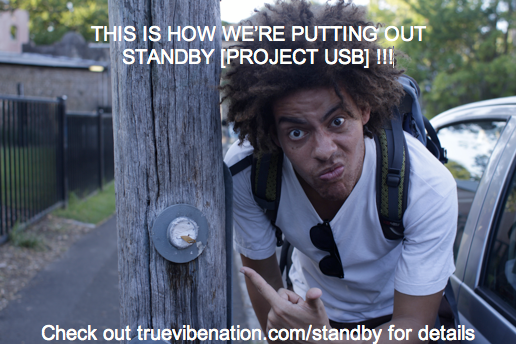 Keep your eyes and ears open for Standby [Project USB] appearing in city walls and spaces around Australia now!