2012’s biggest breakthrough artist, Grammy winner Frank Ocean will hit the stage for his very first Australian headline shows in Sydney and Melbourne this July, following the announcement of his headline appearance at Splendour In The Grass. 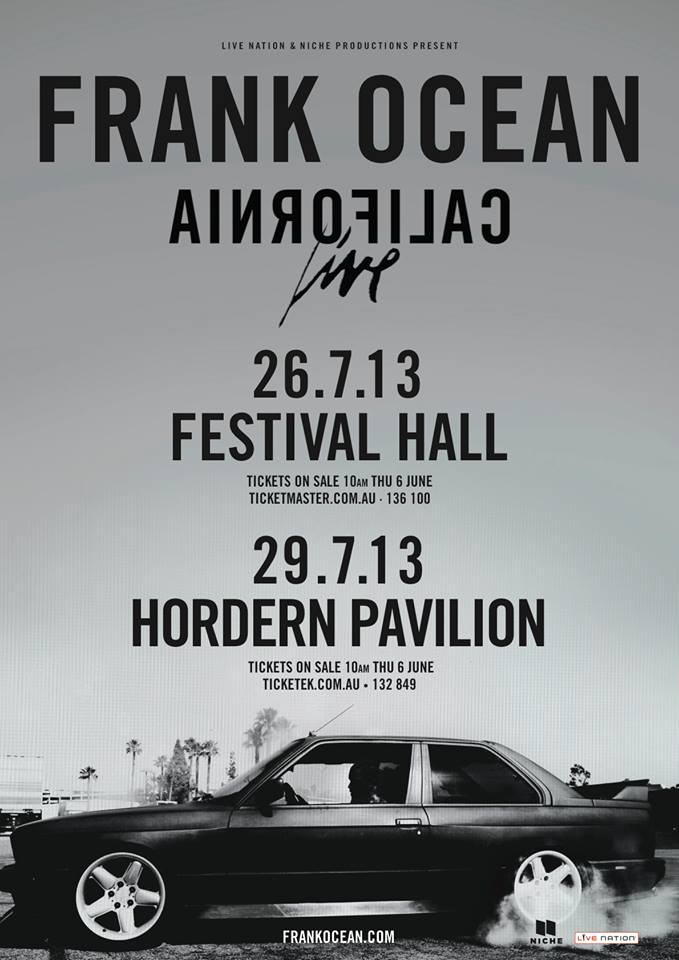 Tickets for both shows go on sale at 10am, Thursday June 6. My Live Nation Members and Niche Newsletter Subscribers can be among the first to secure ticket during the members’ pre-sale beginning 4pm this Tuesday, June 4. Sign up  here or here.

In 2012 Ocean delivered his highly acclaimed, five-star debut studio album, Channel Orange (Def Jam/Universal Music Australia), which debuted at #2 on the US Billboard Chart and the UK Albums Chart, placed #9 on the ARIA Chat and was certified Gold in all three countries. Channel Orange brought Ocean a host of award nominations and a Grammy win for Best Urban Contemporary Album, the BRIT Award for International Male Artist 2013, the Soul Train Album of the Year award and the MTV Award for Man of the Year.

Last month Time Magazine named Ocean in its annual list of the 100 Most Influential People. With Splendour In The Grass selling out in under an hour, Frank Ocean’s headline shows are anticipated to sell out in record time.