Just as Spit Syndicate tie off on their Money Over Bull$hit Tour and also celebrating the success of their latest single, Amazing – the boys, and their good buddy / partner-on-decks Joyride, have another sweet release for fans of the Double S: a ‘Deluxe Version‘ of third album Sunday Gentlemen, featuring an additional three tracks. 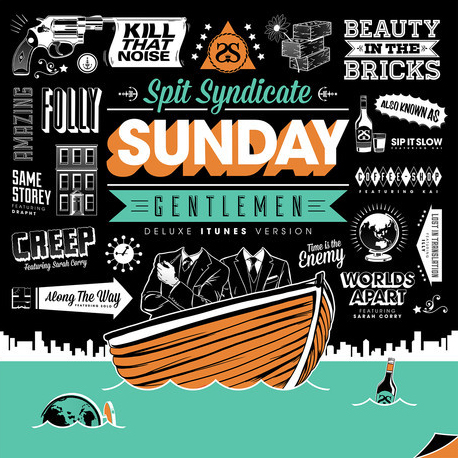 One Night Only, a product of the aforementioned collaboration with beat-wizard Adit and producer Raph, had been rolling around the studio throughout the making of Sunday Gentlemen, finally coming together with Joyride on the hook. The deluxe version also features NZ artist David Dallas, on the Sip It Slow Remix. David Dallas has just released his brand new LP Falling Into Place, which is available now.

The deluxe version is available now here via iTunes.