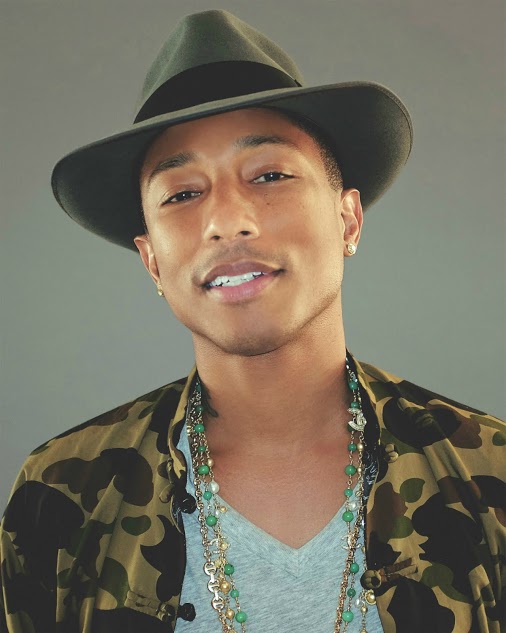 Future Music Festival is just around the corner – kicking off on Saturday 1 March in Brisbane – and Aussie fans keen to catch these amazing winners live on stage had better jump to it with tickets nationally selling fast. With performances from these two, FMF 2014 is set to be THE festival of the summer!

Out of an incredible seven nominations (including three categories in which he competed against himself, thanks to Robin Thicke’s ‘Blurred Lines’), Pharrell Williams took home four Grammys, stepping on stage several times to accept trophies alongside French dance duo Daft Punk and guitar icon Nile Rodgers. ‘Get Lucky’ was christened Record of the Year and Best Pop Duo/Group Performance, with Daft Punk’s Random Access Memories also crowned Album of the Year and Best Dance/Electronica Album. Williams’ behind-the-scenes work on the acclaimed disc also earned him his first Grammy for Producer Of The Year, Non-Classical. Catch Pharrell accepting the trophy for Album Of The Year here.

Together with guest Stevie Wonder, Pharrell, Daft Punk and Rodgers wowed a TV audience of 28 million with a thrilling rendition of ‘Get Lucky’, the collaborators segueing into Chic’s ‘Le Freak (Freak Out)’ and Wonder’s ‘Another Star’ – watch it here. (Ever fashion-forward, Williams also got everyone talking with his vintage Vivienne Westwood hat…. which inspired a fake Twitter account with over 13,000 followers!)

Seattle’s Macklemore and Ryan Lewis also celebrated an amazing haul of four Grammys, including Best New Artist (presented to them by Williams – see them accept it here), Best Rap Performance and Best Rap Song for their cheeky worldwide smash, Thrift Shop. They also took out the top honour in the Best Rap Album category for The Heist – beating out Jay-Z, Kanye West and Drake.

In one of the most memorable Grammy performances in history, Macklemore & Ryan Lewis were joined on stage to perform their hit ‘Same Love’ by Madonna, Mary Lambert, Queen Latifah and Trombone Shorty, as well as 33 couples – both gay and straight – who tied the knot live in a celebration of love and marriage equality. It was an inspiring moment – relive it here.

The Grammys adore both of them, and we wholeheartedly agree – catch Grammy winners Pharrell Williams and Macklemore & Ryan Lewis in just over a month’s time at Future Music Festival. Joined by some of the hottest names in music, from jaw dropping newcomers to fellow Grammy nominees such as Phoenix, these shows will be massive. Tickets are selling fast – get in quick to join the party!

Stealing the show on the night with incredible performances were Frontier Touring artists past and present: Imagine Dragons, Taylor Swift, Queens Of The Stone Age, Nine Inch Nails and Dave Grohl, all showing their strength on the live stage and why audiences in Australia and New Zealand fall in love with them time and time again.