After a climactic 10th anniversary in 2013, Come Together is back to give its best year to date. Same venue (Big Top at Sydney’s Luna Park), same time (June 7, Queen’s Birthday Long Weekend), with a new but no less epic line-up, Come Together 2014 will shake the room to its foundations, with the biggest, brightest and baddest names in the local hip hop scene. 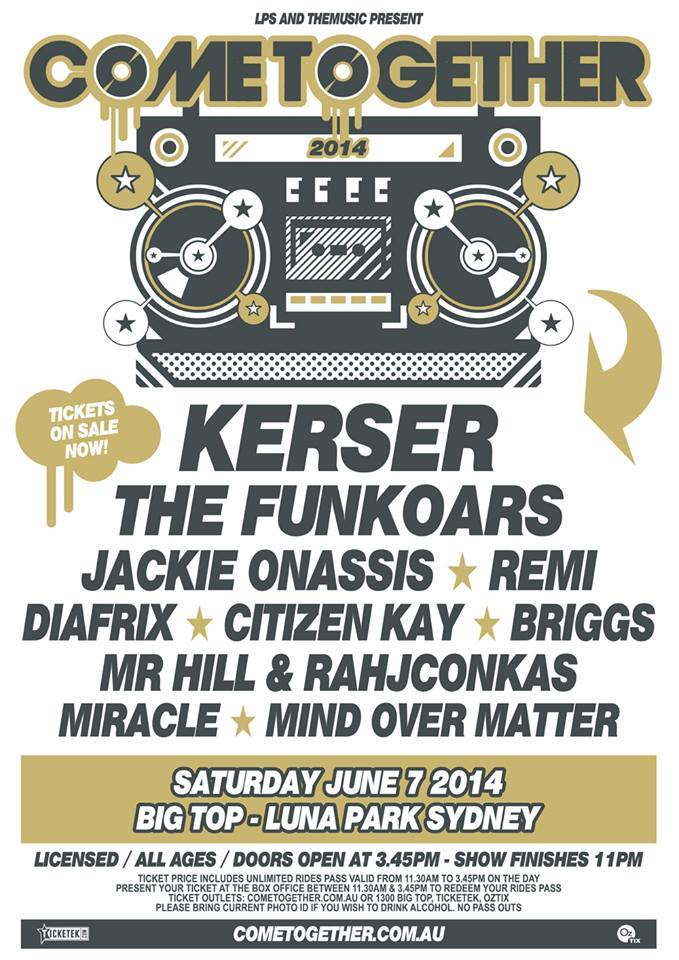 A natural headliner for this year’s Come Together, Kerser needs no introduction. His 2013 album S.C.O.T. debuted at #5 on the ARIA Charts, #2 on the iTunes Charts, and #1 on the ARIA Urban Charts.  He’s been cementing his chokehold on the hip-hop scene since the release of his sophomore album No Rest For The Sickest (#1 on the national ARIA Urban charts, #1 on the iTunes Hip-Hop charts, and #14 on the overall iTunes charts).

Combining a titanic line-up with an iconic venue, this is your chance to see some of hip-hop’s biggest names and get in some quality times with free rides across Luna Park, all under one roof. With tickets selling fast in 2013, get ready, Australia – it’s time to Come Together once again for what’s certain to be Sydney’s most colossal night in hip-hop this year.