The Splendour continues! An additional three acts have been confirmed to play Splendour in the Grass 2014. 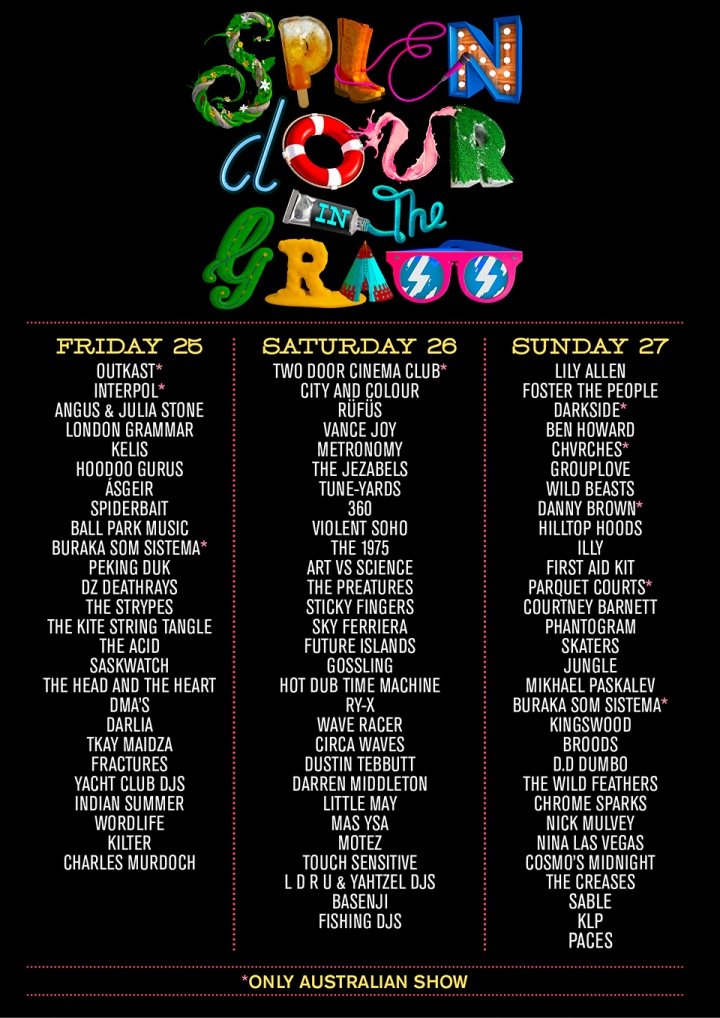 “We didn’t get these three confirmed in time for the lineup announce last Wednesday – too many cocktails over Easter – so we have a special edition announce for you! Hilltop Hoods, Childish Gambino and Sam Smith will be playing Splendour 2014! Better late than never!” Said co-producers Jessica Ducrou and Paul Piticco.

From July 25 – 27 Splendour In The Grass returns with three massive days of sensational sounds from around the globe and all the venues and destination spaces you love, plus a few new places to explore! In related news, the Hilltop Hoods have announced a 3 date New Zealand tour the dates are as follows:
26.06.14 – Queenstown
27.06.14 – Auckland
28.06.14 – Wellington