Heading down under as part of the Splendour In The Grass Festival, award-winning artist Kelis has just announced a series of side-show performances in Sydney and Melbourne. 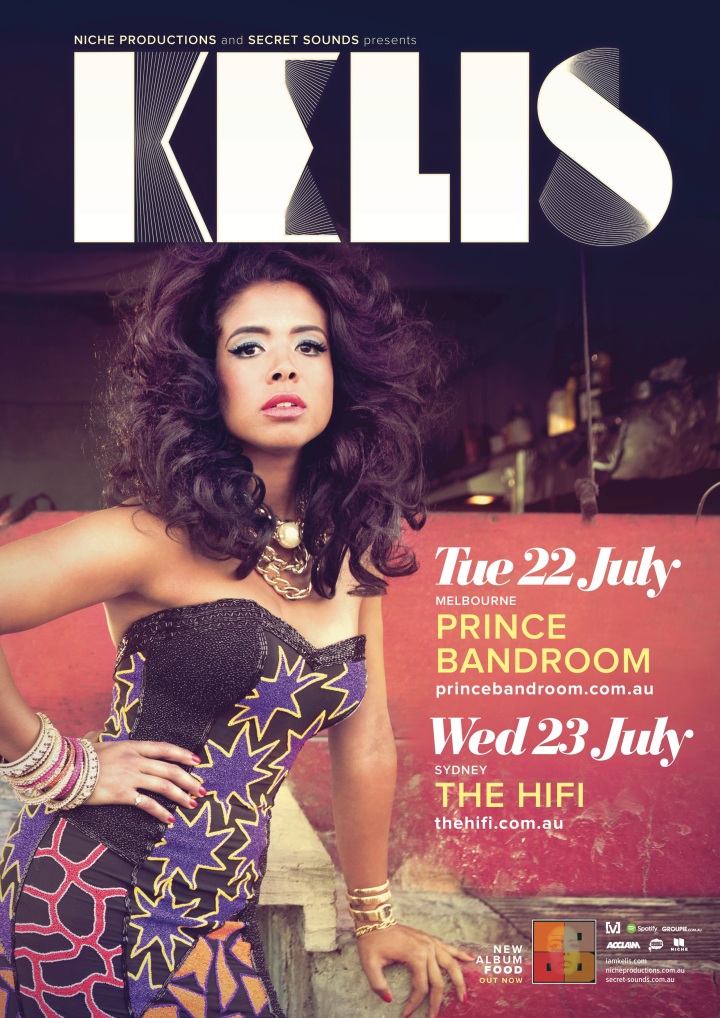 The sultry singer sauntered into the charts as a sonically compelling 20-year-old whose infamous track ‘Milkshake’ became a global sensation. But it’s not all boys in the backyard, and Kelis has swapped out some sexy for soul on her new album Food, due out now, which reveals her at her most frank and vulnerable.

Littered with a transcendent, Spector-esque lift, warm bottom ends and vast depth, the music is the perfect backdrop for Kelis’ unique voice. The latter has only improved with time and experience, and the album candidly explores pain, happiness and everything in between.

Bringing on board Dave Sitek as producer (guitarist in acclaimed Brooklyn experimentalists TV On The Radio and producer to indie darlings such as the Yeah Yeah Yeahs, Foals and Liars), the album mints a sound that’s rootsy without ever being self-consciously retro, that pitches live horns and gospel organ against electronics and that for all its classic soul and funk influences, couldn’t have been made any time but now.

Capture this against her colourful career thus far – having already received two Grammy nominations, Platinum and Gold records, BRIT, Q and NME Awards and dozens of top 10 singles to her name, alongside collaborations with the likes of Björk, Raphael Saadiq, Moby, Outkast, P Diddy and Calvin Harris, and it’s clear that Kelis is a progressive and exciting artist who has a whole lot more to give.