Debuting at #1 on the iTunes Album Charts Thundamentals’ third record So We Can Remember has just cemented the trio as the ‘new benchmark for local hip-hop’, explaining solidly why their entire tour is on the brink of selling out. 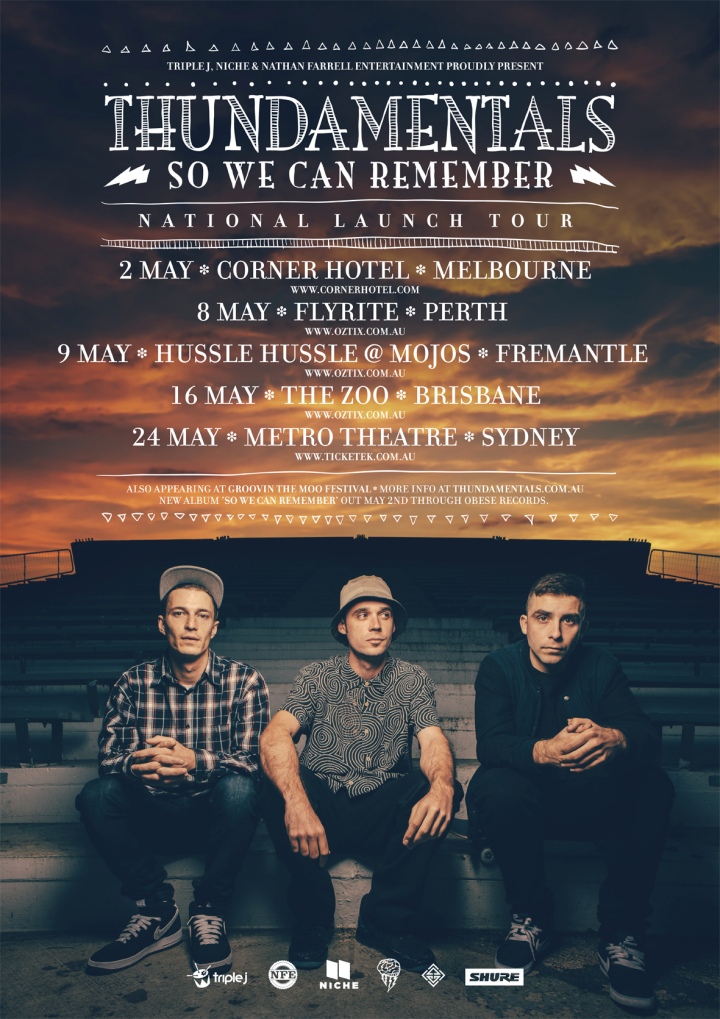 With the headline tour already sold out – Melbourne, Fremantle, Perth,  Brisbane – and Sydney, the group kicked off their run of dates with a sold-out, fans-only, warm up at Melbourne’s Corner Hotel last Thursday, having already premiered their excitement to massive crowds as part of national Groovin The Moo festival.

Album singles ‘Smiles Don’t Lie’ – which debuted at #5 on the iTunes Hip Hop Charts and landed at #32 on triple j’s Hottest 100 countdown – and ‘Something I Said feat. Thom Crawford’ – debuted at #3 on iTunes’ Hip Hop Charts, and entering the Top Ten of both the Urban Singles ARIA Charts and the Australian Artist ARIA Charts – made sure everyone was listening, and got the hype machine rolling.

But with the record presented by triple j as feature album and Fbi FM as album of the week, ‘Something I Said feat. Thom Crawford’ spinning across the Today Network via the ‘Aust Top 20’ show as well as NOVA 106.9 Brisbane, not to mention the groundswell of support from the community radio stations that gave them a leg up in the first place, it’s clear this release goes deeper than hype.

Progressive, innovative, cohesive, definitive, informative, expansive – all these words fit the new album by Thundamentals. Add experimental, honest and evocative and you’ve got all the reasons you need take time out to vibe on So We Can Remember.