“Hangover” follows up his previous global smashes “Gangnam Style” and “Gentleman”. This time around he enlists rap icon Snoop Dogg for an intoxicating verse just before delivering one of his catchiest hooks to date. It’s the ultimate party anthem, and it officially sparks up the summer of Psy. 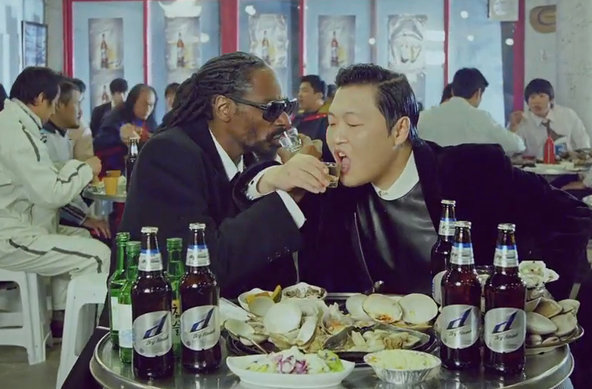 In a career punctuated by setting records, Psy has made history once again with monumental milestone. His breakthrough smash “Gangnam Style” is the first video to ever cross the 2-billion view mark on YouTube.

In 2012, it broke the Guinness World Record for “most-viewed” and “most-liked” video on the site, while becoming the first viral video ever to reach 1 billion views a year later. Meanwhile, “Gentleman” holds the record for “most views” over a 24-hour period, drumming up 38 million in less than a day.

With Hangover, Psy lands yet another knockout before unleashing his first global release later this year.

The summer of Psy is officially underway.