After beginning their album tour with a bunch of dates this month, Sydney hip hop duo Mind Over Matter have now released a second round to accompany them as well as celebrate the release of their awaited third album This Way to Elsewhere – out now via I Forget Sorry!/Shock Records (iTunes or JB Hi-Fi). 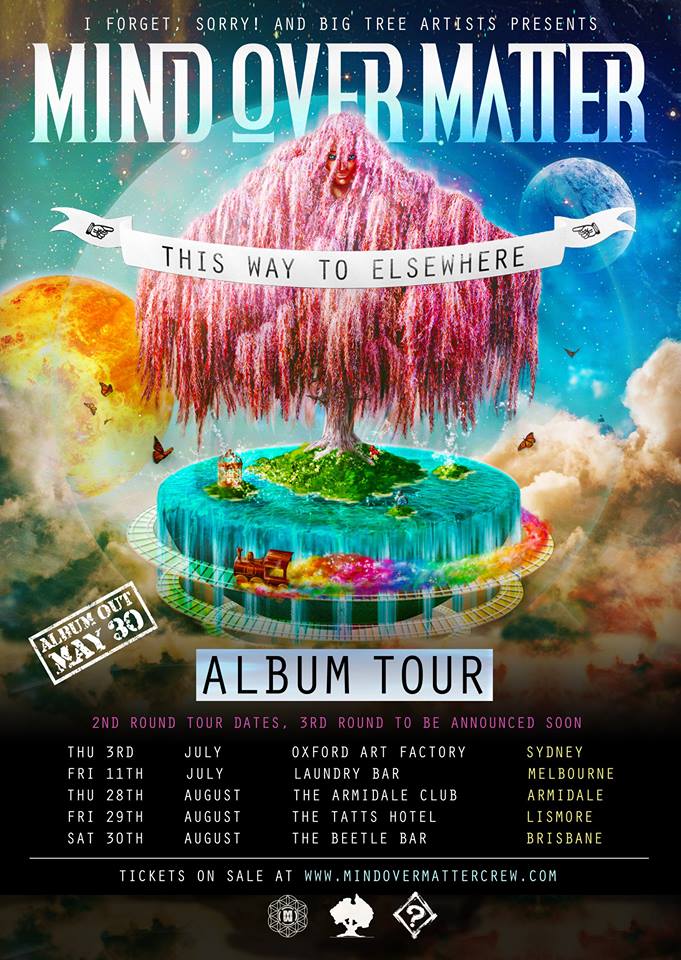 Mind Over Matter (MCs Willow and Smiles Again) have gone from strength to strength since the 2006 release of their debut mixtape For Our Hip Hoppers. Their rapid musical growth can be heard on the world-class production of This Way To Elsewhere. Pre-production on the album took place over a two week period with producer Matik (Seth Sentry, Pez, Bliss N Eso) and multi-instrumentalist Jon Reichardt at a holiday house in the beautiful Salamander Bay.

The remainder of the album was recorded at Smiles Again’s Sydney studio The Swordfish Tank. Once the record was complete, the band headed to Chicago for an intensive mixing process with Craig Bauer (Lupe Fiasco, Kanye West). “When we set out to make this album we wanted the most universal sound we could achieve. We’re stoked with what we cooked up,” says Smiles Again of the record.

Mind Over Matter will extend their journey north throughout June/July to bring their highly evolved sound to you live, and show the world why they’re a force to be reckoned with.