With all the excitement from last weekends UFC 175 event, it’s only fitting we bring you our review of the brand new EA SPORTS UFC game. EA SPORTS UFC has been specifically designed and built for the brand new range of next generation consoles, including the Playstation 4 and also the Xbox One. This is EA SPORTS first step into the exciting world of UFC, and it’s a large one at that. 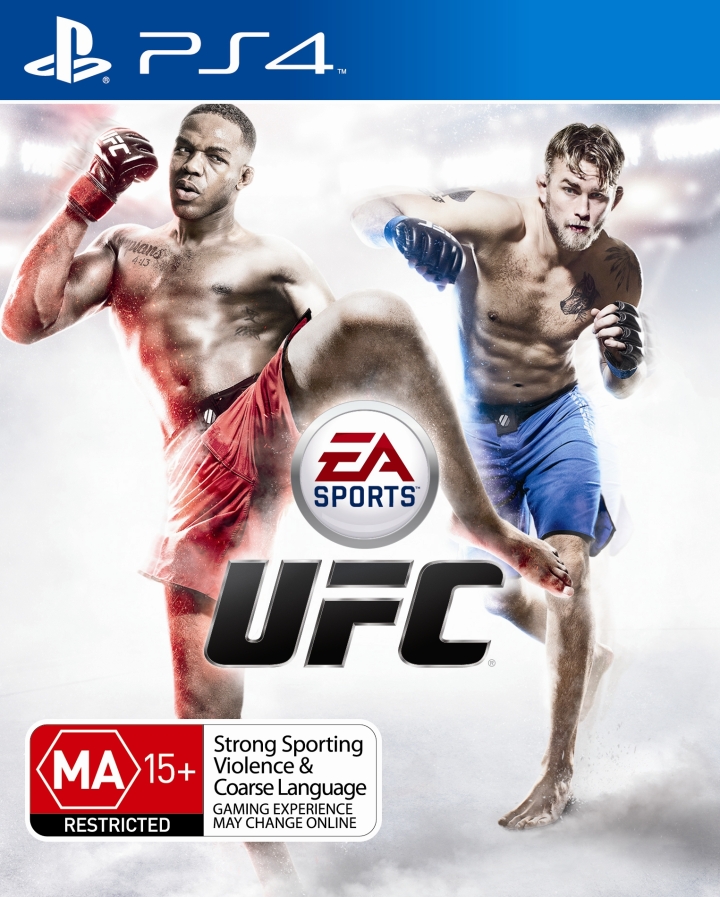 EA SPORTS UFC features all of your favourite UFC superstars, including Sugar Rashad Evans, Chris Weidman, Johny Hendricks, George Saint Pierre and many many more. Did you happen to become a fan of Rob Font on the weekend with his impressive debut knockout on George Roop? Well EA have you covered. The brand new title allows for constant updates to be made to the roster. Enabling you to experience and play as new and upcoming fighters alike. How about recreating Ronda Rousey’s tactical demolition of Alexa Davis? You can. Not only can you play as any number of fighters from the female UFC roster, you can also create your own UFC fighter and lead them to UFC glory in the outstanding carer mode.

The fighter action doesn’t stop there though, in a big coo for the new EA SPORTS UFC title you can also play as the “Father of Mixed Martial Arts,” Bruce Lee as an un-lockable fighter after completing the carer mode.

Fighters look absolutely stunning on screen, as does the octagon & fans watching on in anticipation of the fight that’s about to unfurl before their very eyes. EA SPORTS have been able to capture every aspect of the atmosphere of a the live UFC event, down to every single detail. Bruce Buffer introduces fighters, setting the stage. Mike Goldberg and Joe Rogan chime in with constant special comments throughout. We really love Joe. 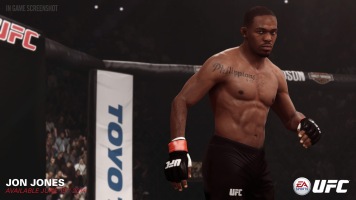 Powered by EA SPORTS IGNITE technology animations and reactions from fighters are exquisite, punches and kicks land convincingly, you can see muscles flex and skin ripple. The game brings combatants to life with unique Full Body Deformation and Real-Time Exertion. You really do ‘feel the fight’.

Operations for standing up, grappling, and striking can be hard to pick up at first, but with an in-depth tutorial you should be up to scratch with a few attempts. There are quite a few button combinations you need to use and learning these efficiently can be the difference between fighting with skill & grace and just a button mashing foray in which you look completely lost. 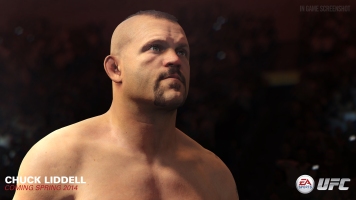 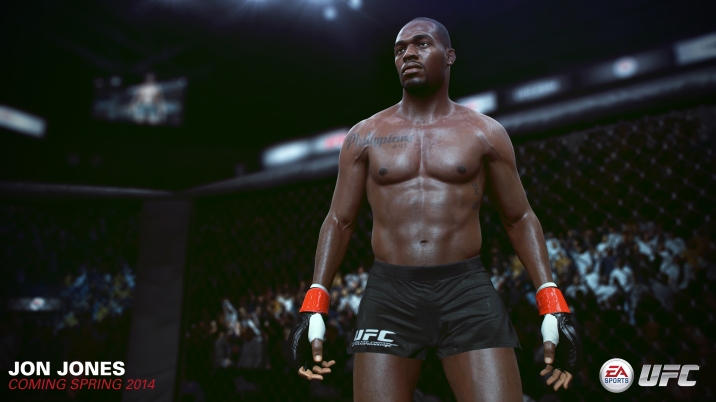 The game isn’t like many of the other fighting games out there, especially when placed against the popular 2D fighting platform combat games. EA SPORTS UFC have gone for something very different in that regard. With each and every move and punch needing careful thought and planning. Set ups are quite similar to the real thing, there’s a constant struggle for position and both fighters are constantly trying to get the upper hand at each and every point.

There are a few downsides to the combat though, which don’t really reflect the real life version. Players can recover from a flurry of devastating strikes that would be enough to send down even the staunchest of fighters. Also, with a series of correct manoeuvres you can find yourself wiggling out of almost any submission or guard. With that said, this maybe the first in a series of yearly games for the EA SPORTS UFC franchise, so we’d expect this combat to tighten and develop over further titles. This is the perfect time to get involved and knock out that steep learning curve. It’ll be worth it in the long run. 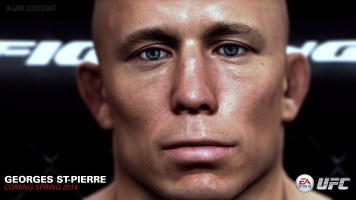 As mentioned this EA SPORTS first attempt at the UFC franchise and we rate it. Computer AI is dynamic and adaptive, offering a challenge at every turn. The EA SPORTS IGNITE technology is unbeatable, adding another dimension to this already impressive game. You may struggle to begin with…. lots, but if you persist with it, you’ll be knocking out cats left and right in no time. If you are a UFC fan than this one is for you! We rate EA SPORTS UFC a knockout 3/5. Purchase EA Sport UFC now at all of your usual outlets now.