triple j Unearthed is excited to be partnering with the National Indigenous Music Awards (NIMAs) for the third year running to find the best unsigned Indigenous act in the country. 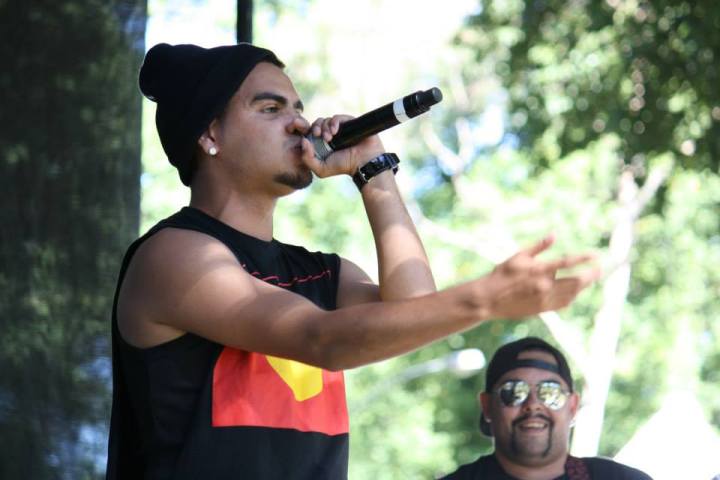 The winner will have the opportunity to perform at the NIMAs in Darwin on Friday, August 15th 2014, alongside some of the best Indigenous artists in Australia.

Congratulations to Philly:
Phillip Murray aka Philly, is a 21 year old rapper from Mildura. Influenced by hip hop’s ‘Golden Era’ and in particular the likes of Naughty by Nature, Philly began writing rhymes and dubbing beats from a very young age. Today, he’s living and breathing it, creating positive, motivational and uplifting songs which he hopes will foster a more open-minded society by sharing Indigenous stories.

The accolades began to flow when Philly won the National Noel Tovey Achievement Award in 2010 and became Mildura’s NAIDOC Artist of the Year in the same year. He dreamed bigger dreams and aims now to perform in the US and signed with independent indigenous music label Payback Records.

He’s not just the ‘Rookie Of The Year‘ but also triple j Unearthed’s National Indigenous Music Award Winner for 2014 and we couldn’t be happier. He’ll follow in the footsteps of past winners Thelma Plum and Robbie Miller and travel to Darwin to perform at this year’s awards ceremony.