Hilltop Hoods make their highly anticipated return with their brand new album Walking Under Stars. The new album, which is out now through their own label Golden Era Records  is […] 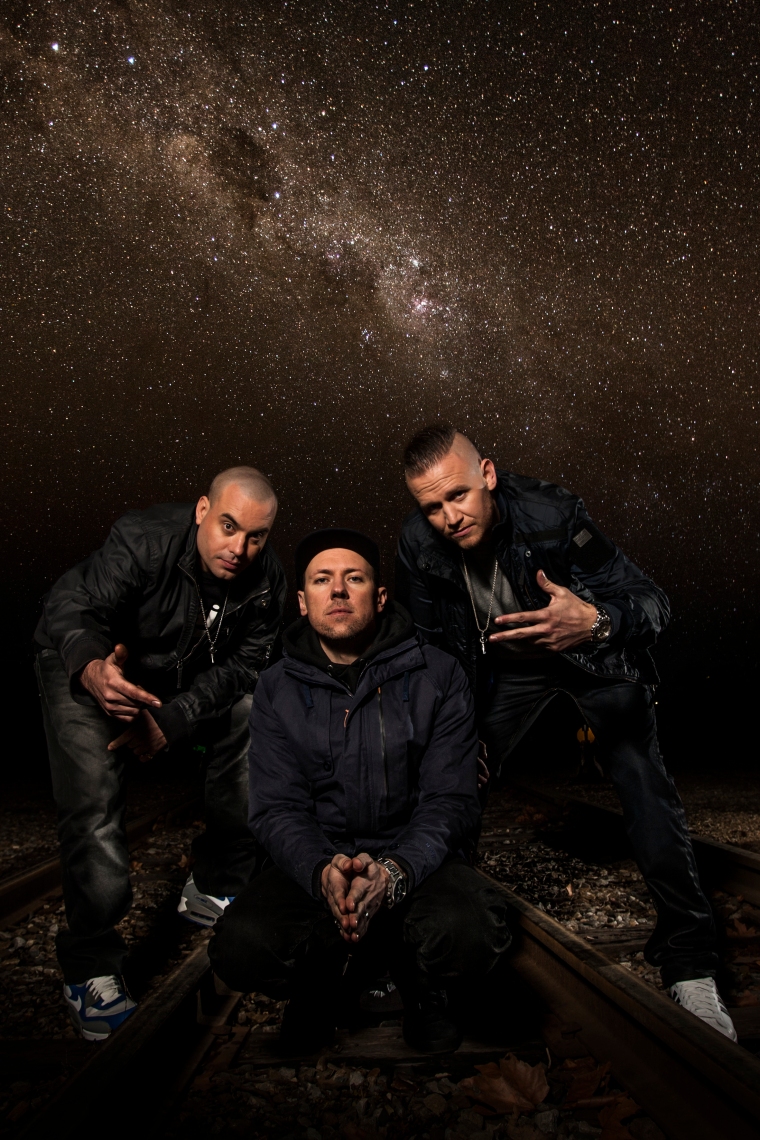 The new album, which is out now through their own label Golden Era Records  is the Hilltop Hoods first album since 2012s Drinking From the Sun, an album that changed the game, becoming the groups third consecutive #1 album which went gold on the day of its release and certified platinum within one week.

The aptly titled record showed that local hip hop was enjoying its time in the sun, no longer an underground scene but an aural assault that had pushed down the barriers that held back some of the country’s best MCs from critical acclaim.

Following up an album and hot streak such as this for any crew would be a difficult project, but not for this crew. The trio has managed to once again push the envelope for local hip hop with the incendiary Walking Under Stars. We speak to DJ Debris of the back of the new LP, as the guys recover from a massive European tour and also a stomping show at this year’s Splendour In The Grass. Check it out.