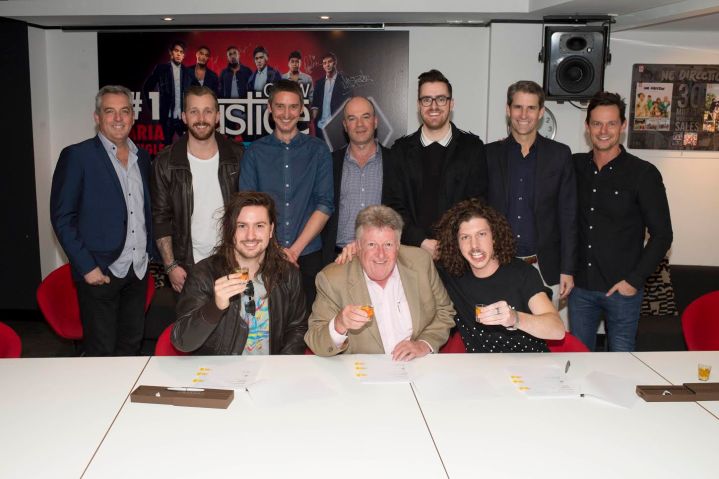 Peking Duk are the Canberra-bred duo of Adam Hyde and Reuben Styles, who have been captivating fans across Australia and the world with their distinct flavour of indie electronica and electrifying live sets.

As Ben Dennis from Myriad Management explains, “We are delighted to welcome Sony Music Entertainment Australia into the Peking Duk team and look forward to a prosperous relationship with them in taking the guys’ music to the next level, both in Australia and internationally. We would also like to thank Vicious Recordings for making this deal possible and we are excited to work with them on the next two Peking Duk single releases in Australia, including the follow up to the double platinum-selling ‘High’, ‘Take Me Over’ featuring Safia, which will be going to media this month.”

Denis Handlin AM, Chairman & CEO Australia & New Zealand and President, Asia, Sony Music Entertainment, commented: “Peking Duk are outstanding Australian artists, and I am thrilled to have them join the Sony Music family. We are very excited to be a part of this next phase in their exciting career both here in Australia and around the world.”

Having been voted No. 5 in the inthemix top 50 DJs in 2013, 2014 has seen Peking Duk top the charts with their massive double platinum single ‘High’ featuring Nicole Millar. ‘High’ hit #1 on the ARIA Club Chart, #5 on the ARIA Singles Chart & #1 on the national Shazam chart. The single has so far garnered over 1.6 million spins on Soundcloud & 3 million plays on Spotify and is the artists’ 3rd consecutive ARIA Club Chart No. 1 following on from the success of previous singles ‘Feels Like’ & ‘The Way You Are’. ‘High’ was added ATB at Triple J & national commercial radio, which prompted the pair‘s co-hosting of Triple J’s “Friday Night Shuffle” for June and guest mix performances on both Nova and the Southern Cross Austereo networks, and at the inthemix awards in August, won the much coveted Best Track / Remix of the year.

PEKING DUK have spread their wings to the U.S. and beyond, having performed this year already at SXSW (Texas), Ruby Skye (San Francisco), WMC 2014 (Miami), Splendour in the Grass, Groovin’ The Moo, Field Day, Falls Festival & the Big Day Out as well as selling out shows on their own national tour and NZ tour. In August they became the first DJ’s to sell out 4 shows at the Corner Hotel, as a part of their 12 date ‘Peace, Love & Sweatiness’ Tour where every show sold out.

With the increasing anticipation for a follow-up to ‘High,’ Peking Duk have revealed their next single to be a collaboration with Ben Woolner-Kirkham of Canberra three-piece Safia titled ‘Take Me Over’, and is set to drop this month on Vicious Recordings.

With a national tour selling out in every city and further international releases and touring in the pipeline, ‘High’ is just a taste of what’s still to come from Peking Duk.