Each of the recipes is accompanied by a bespoke piece of artwork, created by one of thirty of the best upcoming illustrators. Rapper’s Delight celebrates the many humorous parallels between food and Hip Hop, making it a must-have for anyone with a love for cooking, music or illustration, or indeed all three.

“There are all aspects of Hip Hop, but the best of it has unique blending of ingredients, detailed preparation as well as great taste. Rappers Delight connects like great food, makes too much sense.”  Chuck D, Public Enemy

“This is definitely some food for the soul that’ll make people happy to chew on.”  Phesto, Souls of Mischief 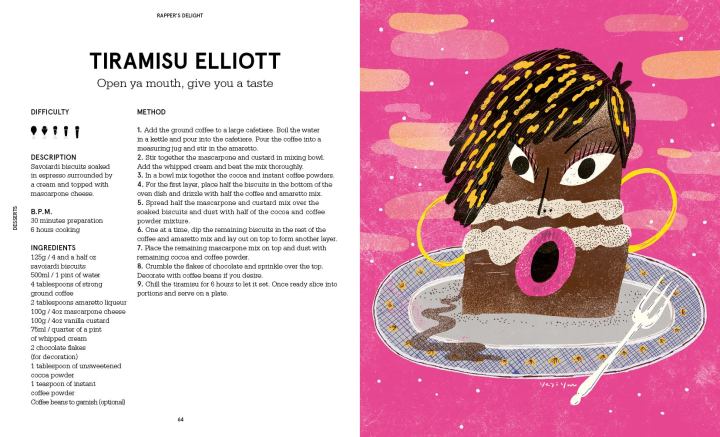 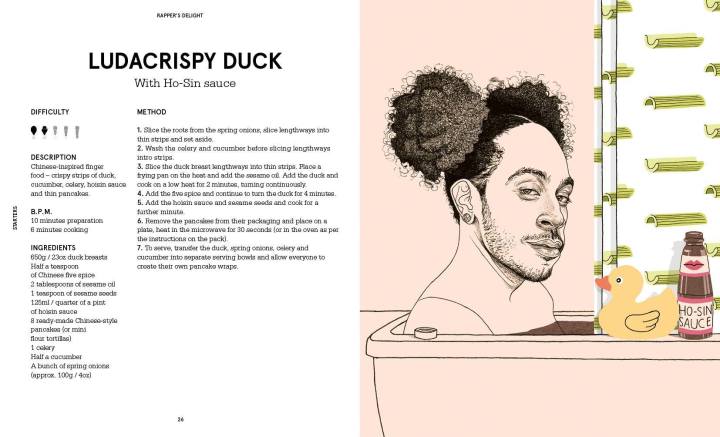 The authors:  Joseph Inniss: A massive foodie who enjoys creating dishes based on traditional recipes with a twist. Joe also holds a formal qualification in food preparation and hygiene. (Concept & Text)   Peter Stadden: A graphic designer and big Hip Hop fan. Previously working as an Art Director in the design/lifestyle magazine sector, Peter has since moved into interiors and continues to pursue his interest in all areas of design. (Graphic Design)   Ralph Miller: Currently working as a TV news producer, Ralph has previously worked as a columnist and journalist at a number of the UK’s leading news publications. (Editor)