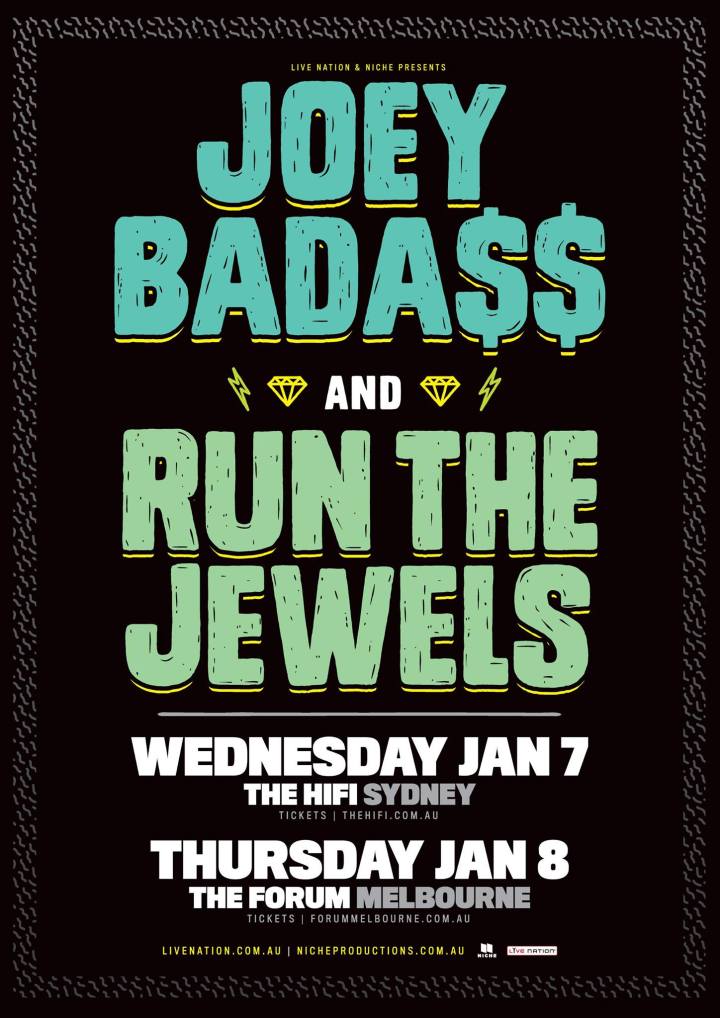 Tickets for all shows go on sale at 10am Thursday October 2.

Brooklyn’s own Joey Bada$$ has been making “Waves” since 2012, when he burst onto the scene with his lauded debut mixtape 1999, setting the internet alight. This was quickly followed with Rejex in September and then Summer Knights the following July.

Never one to slow down, Joey has been touring internationally since, gaining a devoted following from all corners of the globe. He is currently working on completing his debut studio album, B4.Da.$$, due for release in 2014. Run the Jewels is the collaboration of El-P and Killer Mike, two of hip-hop’s most respected, credible & formidable artists.

They first joined forces in 2012 on Killer Mike’s classic album, R.A.P. Music, produced by El-P. Mike then appeared on El-P’s smashing solo album Cancer 4 Cure. That experience became a creative marriage resulting in the birth of the group Run the Jewels, and after much anticipation, they released their self-titled debut album in 2013 on Fool’s Gold.

Since then, Run the Jewels’ album has become one of the most celebrated hip hop acts of the past year and has been toured to world-wide acclaim. Now they’re back for Round 2 – RTJ2 – and it’s time to unleash their brand new material on the ravenous hordes.