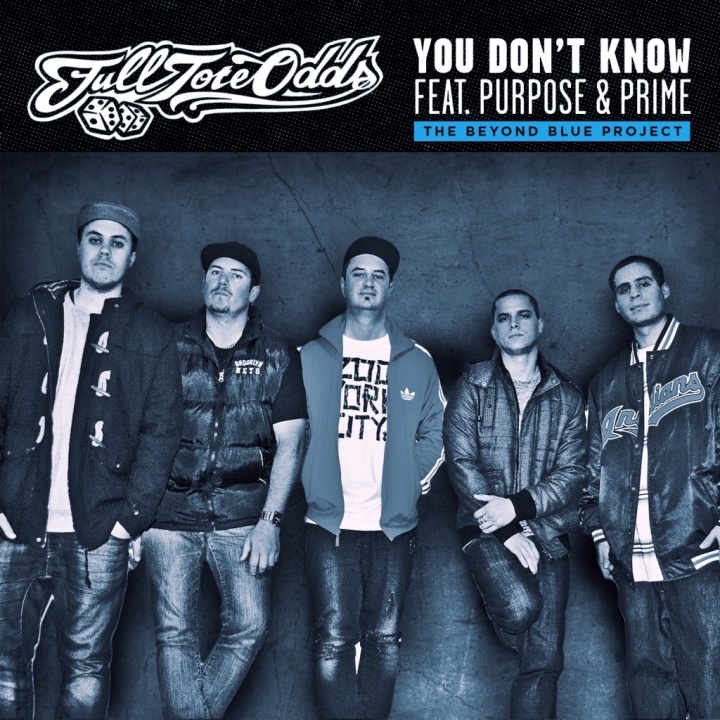 You Don’t Know featuring Purpose & Prime, due to be released on April 10, is musical driven through rich sultry guitar and live string section of brass, piano and bass; while lyrically the single highlights the social and personal realties of living with mental illnesses and aims to encourage others struggling with anxiety and depression to speak up and seek help.

“You Don’t Know, is about each and everyone of our personal struggles with anxiety and depression,” commented Full Tote Odds MC, Esley.

“We wrote the track to show compassion and understanding to those living with the illness; we all understand what it like to fight the illnesses and we want to share our stories so others don’t feel alone in coming forward and sharing their story.”

In a bid to raise money for one of Australia’s leading not-for- Profit charities beyondblue and increase awareness of Australia’s most common mental health issues, anxiety and depression, Full Tote Odds has committed 100% of proceeds of all sales from the upcoming single to the not-for-profit Charity.

The band has set a fundraising target of $5,000 for their beyondblue campaign, which will be raised through the sale of a limited number of 200 signed physical copes of the single, iTunes sales and donations throughout April – 100% of all raised funds and sales will go towards the cause.

beyondblue is an independent, not-for-profit organization working to increase awareness and understanding of anxiety and depression in Australia and to reduce the associated stigma. for more information on anxiety or depression, visit www.beyondblue.org.au or call 1300 22 4346.

You can contribute to the campaign further by heading here.