Coda Conduct have just announced that they will be heading out on a four-date run of shows along the east coast, this coming off the back of the news that CC have just signed with booking agency Select Music.

“Select Music is very excited about Coda Conduct joining the agency,” Select Music’s Rob Giovannoni said of the signing in a statement. “They have a huge future in front of them — great songs and an awesome live show.” 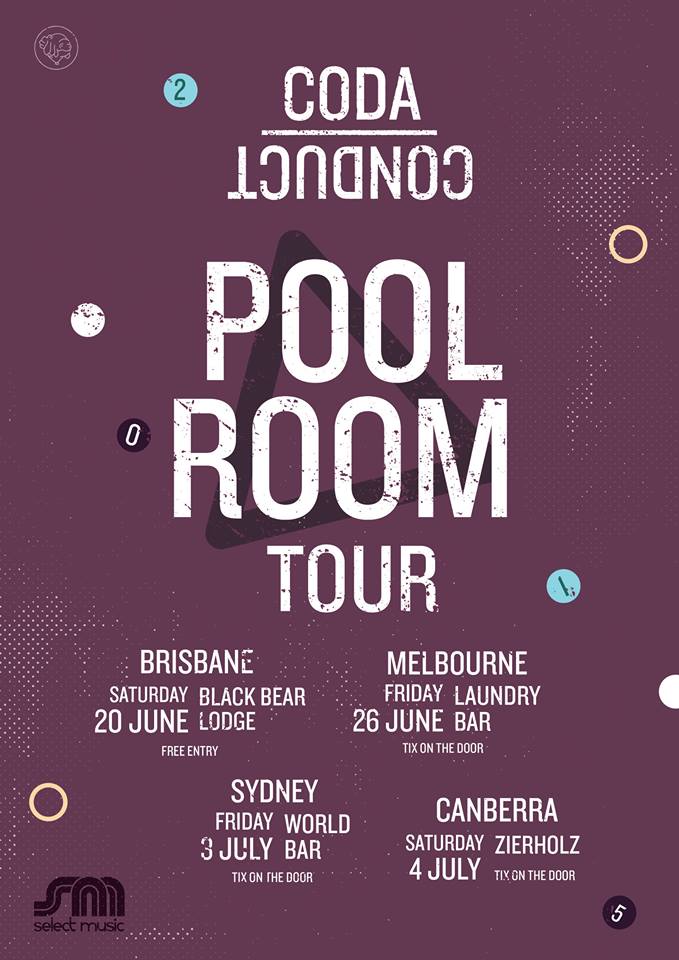 Originally from Canberra, now residing in Sydney, and continue to win fans in both cities with regular, high energy performances. The pair have supported acts such as Pharoahe Monch, Tkay Maidza and Joelistics, and won a slot on the Rise Tour to perform alongside Briggs, Mantra, Remi and more.

With a dexterous flow, meticulously considered lyrics, and a tongue-in-cheek brand of humour, Coda Conduct are quickly gaining a name as an act to watch in 2015. Their debut EP, Butter Side Up, was released in March.

Coda Conduct is a hip hop duo consisting of members Erica and Sally, who have made a name for themselves with their cheeky, fast-paced brand of humour, lively delivery and intelligent lyricism.

If you haven’t yet had the good fortune to experience said awesomeness live show in person, then hopefully you’ll be able to make it to one of the forthcoming ‘Pool Room Tour’ dates, which kick off in Brisbane, at the Black Bear Lodge, on Saturday, 20 June, and include shows in Melbourne (Laundry Bar, 26 June), Sydney (MUM @ World Bar, 3 July) and of course Canberra (Zierholz, 4 July).