Australian rapper and songwriter, Tuka has celebrated his third studio album “Life Death Time Eternal” coming in at #6 on the ARIA album chart this week, his highest ever chart debut. One third of acclaimed hip hop heroes Thundamentals, Tuka will round out this week by performing his solo material at Splendour In The Grass festival this Saturday when he takes to the Redbull Stage at 9:00pm. 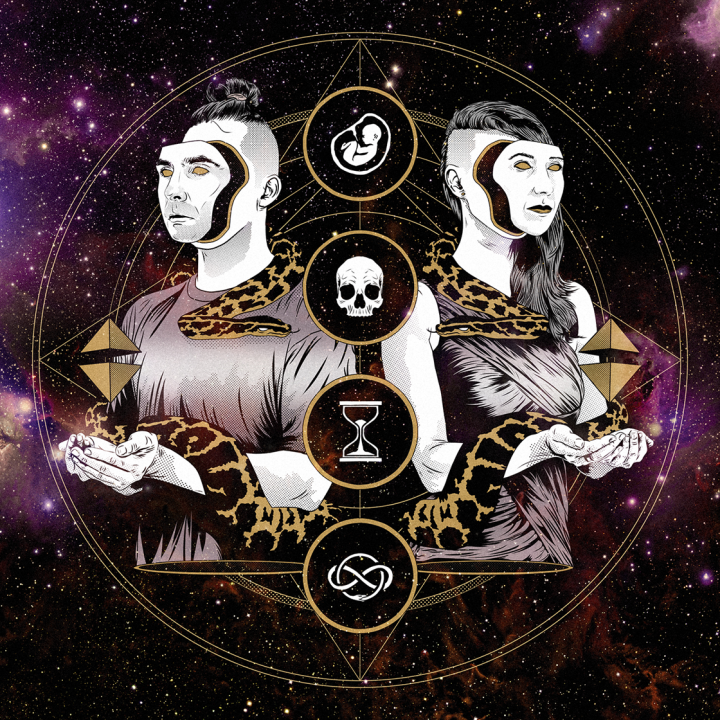 Later this year, Tuka will take his solo show on the road giving fans around the nation a chance to hear songs from Life Death Time Eternal live. No stranger to the stage as a solo artist, Tuka supported Kendrick Lamar on his debut Australian tour in 2012 and has also toured Nationally with local legends Seth Sentry and Illy as well as the nationwide Groovin The Moo Tour in 2013. More recently Tuka joined Horrorshow on their ‘Listen Close Tour’ which saw both bands play stripped and acoustic arrangements of their material and Tuka showcase some of the material from LDTE for the first ever time. For this run though, Tuka is taking things to a whole new level, touring with a full band to bring his new album to life in a live capacity.

LDTE is A body of work that heralds the coming of age of a truly unique voice in Australian hip hop – a deeply personal and heavily themed record – bold, melodic and unafraid to colour outside of the lines. The soundscape for ‘Life Death Time Eternal’ in a nutshell is ‘Happy vs Sad’ – Tuka went to a lot of effort in ensuring the emotional energy of the album was in perfect harmonious balance.

Says Tuka of the album: ”Getting it to feel centred was really important to me. Not too positive not too negative, not too pop not too “underground”, not too feminine not too masculine, not too melodic not too rap etc.. It was the fastest I’ve I ever written a whole album (about 9 months) but that being said I feel it has some of the strongest song writing I’ve ever produced”.

Recorded over a nine month period and aided by co-producers Countbounce (of TZU fame), Alex Hope, Nic Martin and his Thunda mate Poncho on various tracks, LDTE is an album invokes a certain feeling of fearlessnesses that could almost suggest that this is Tuka’s debut rather than his third solo offering. You can sense it instantly in the cinematic opening of the title track, the deep melodies on ‘Nirvana’, the simmering R&B of ‘Tattoo’ and the digital rap beatdown of ‘Yeah Right’.

Having had a hugely successful 2014 as a member of Thundamentals, whose album ‘So We Can Remember’ debuted at #3 on the ARIA chart and it was the only album from 2014 to be nominated for an ARIA Award, AIR Award, J Award, FBi SMAC Award and The Australian Music Prize, Tuka took some time out to record another solo album. Tuka’s solo body of work already includes his debut LP ‘Will Rap For Tuka’ (2010) and the follow up LP ‘Feedback Loop’ (2011) which debuted at #4 on the AIR 100% Independent Album Charts and peaked at #2 on the iTunes Hip Hop / Rap Charts.