Following the release of his new album Next Step on Friday 13 November, Kerser has announced the ‘Next Step National Tour’ in February and March. 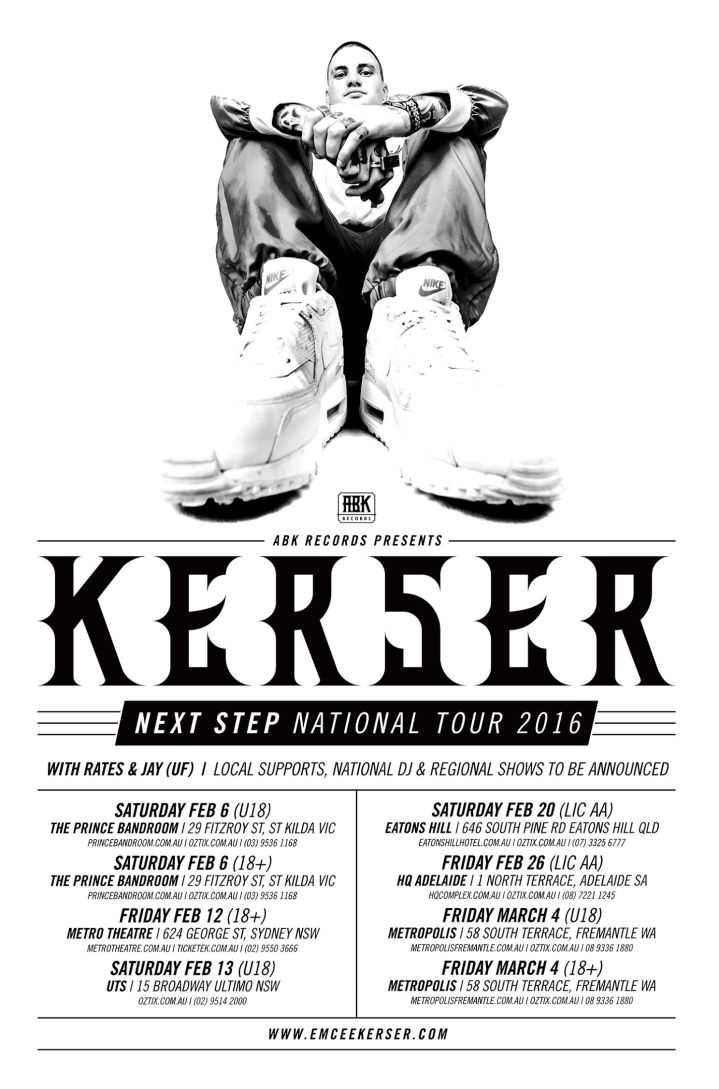 In the past year, much has changed for the Campbelltown emcee. He now has his own label in ABK Records, a venture supported and distributed by ADA (Warner Music Australia) and he has also enlisted the expertise of Sinima Beats to provide the soundtrack to Next Step.   In doing so a brand new sound has emerged for The King of Australia’s underground hip hop scene which has seen the album peak at #1 on the Australian iTunes hip hop/rap chart and #3 on the Australian iTunes chart ahead of the official ARIA chart this weekend.

The tracks on Next Step are honest and full of heart. In his straight-talking street style Kerser looks back on his journey since first stepping into the spotlight, unafraid to admit fault to his fans, but ever looking onwards and upwards evident in lead track Still Haven’t Changed and new single Keep Chasing Them.

The King is set to hit the road in 2016, with the ‘Next Step National Tour’ stopping in all major cities.   Joined by best mate and hype-man Jay (UF) and brother Rates, Kerser promises a massive show with plenty of extra surprises for his fans.