Only 1 week out from the ‘Second Heartbeat Tour’ and Urthboy has sold out almost half the tour already. 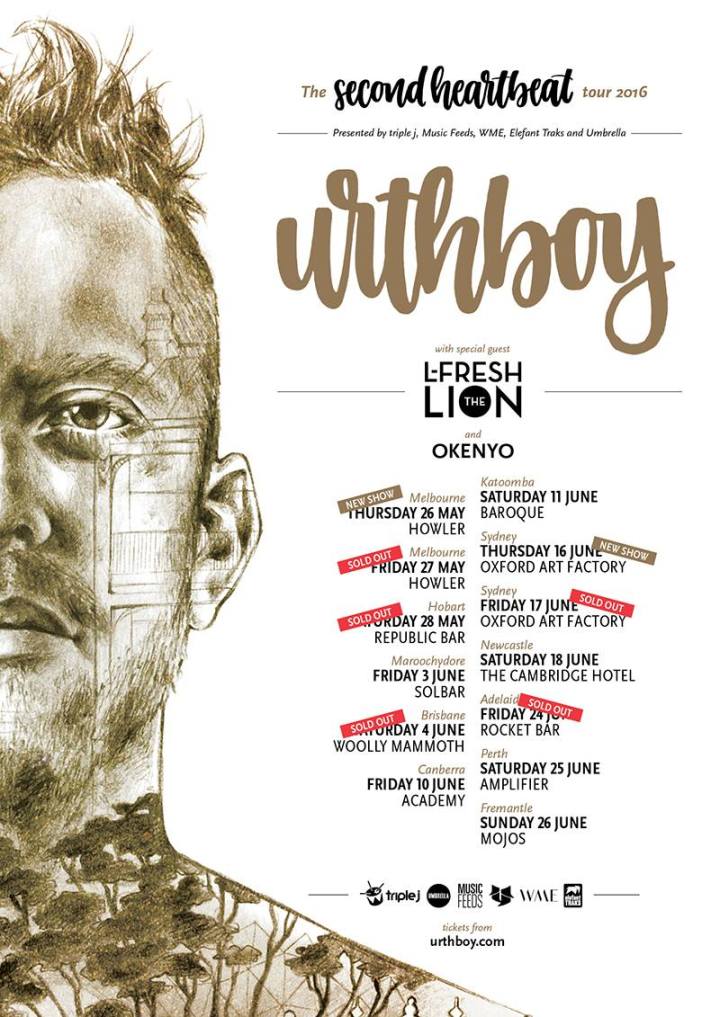 Artists who also appear on his critically acclaimed new album, The Past Beats Inside Me Like A Second Heartbeat, will pop up on selected dates, including Bertie Blackman, B-wise, Timberwolf,Kira Puru, Montaigne, and long time collaborator, Jane Tyrrell (information on dates below).

In a packed calendar that includes guest lectures to schools and universities, Urthboy performed aPaul Kelly cover with Caitlin Park yesterday, helping raise money for the invaluable charity, Support Act. He also has a one-off performance as part of the upcoming TED X (May 25th), as well as speaking at Vivid Ideas ‘Meet the Persuaders’ panel (May 31st).