To celebrate the announcement of Sampa the Great’s latest project, “HERoes” she will be taking the stage at both Oxford Art Factory in Sydney and Corner Hotel in Melbourne onNovember 3 and 4 respectively. In anticipation Sampa the Great has released a very special sneak peek giving fans a glimpse of what’s to come.

The rise of Sampa the Great has been spectacular to watch. Within the space of 12 months, Sampa has gone from private artistry to bright lights with adoring fans, pressed up against the stage she performs from.

Born in Zambia, raised in Botswana and now living in Western Sydney, Sampa has a deep and thoughtful understanding of the environment and community around her. It’s through these experiences and learnings that Sampa has found her voice. It’s the voice of a young, strong, informed woman. It’s focussed and you best believe it’s powerful!

Sampa’s lyrics find a way of addressing complex themes such as growth, acceptance, awareness, politics, love and understanding, and shapes them into hooks and melodies for your headphones and the dancefloor. It’s this level of depth that music lovers have been craving.

Since Sampa exploded onto the scene with her debut release “The Great Mixtape”, she has shared stages with the likes of Thundercat, Hiatus Kaiyote, Fat Freddy’s Drop and even Kendrick Lamar. 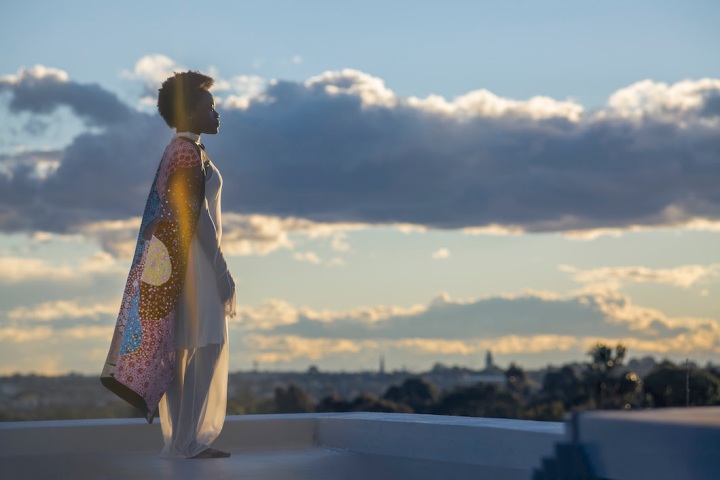 Her electric and highly charged live show has also seen her on festival slots like Golden Plains, Sugar Mountain, WOMAD & Vivid Live. Her song “Blue Boss” hit over 1 million plays on Spotify within 2 months and her collaborations with Remi, Okenyo and Urthboy have seen her added to radio stations around the globe. Meanwhile back here on home soil, Sampa was awarded “2016’s Next Big Thing” by the FBi Radio SMAC Awards. No matter which angle you look at it, it’s an incredibly exciting time for Sampa The Great.

Sampa’s upcoming project “HERoes” is an exploration into self discovery and strength from within. In a time where chaos, uncertainty and prejudice engulf us, once again Sampa attempts to shine her torch on the value and strength of each individual.

In anticipation of “HERoes” Sampa the Great will be introducing fans through a short clip that was shot on the outskirts of town, overlooking the Sydney skyline. Delivered with potency and poise, it’s the kind of stuff that gives you goosebumps and stays with you long after the video has ended. You can view the clip via Sampa the Great’s Instagram page.

“HERoes” is the start of an exciting narrative, series of songs and collaborative projects for Sampa the Great. It’s a journey that Sampa hopes to be exciting, thoughtful, bold and above all fun!