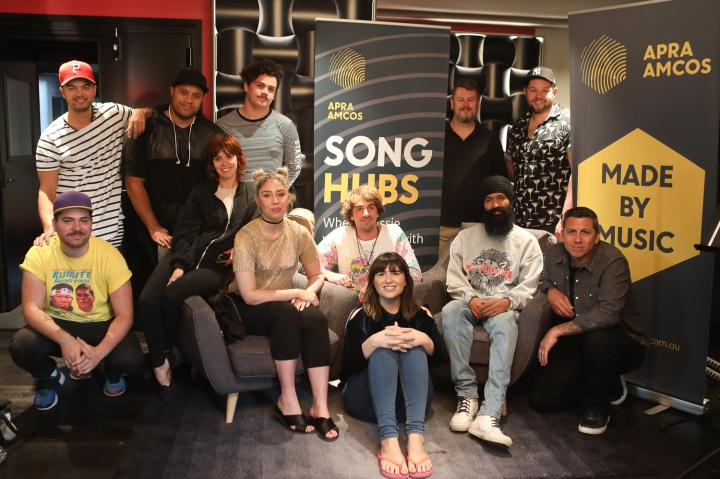 On the international front, Haver is joined by superproducer Mike Elizondo, co-writer of hits including Eminem’s The Real Slim Shady, 50 Cent’s In Da Club and Carrie Underwood’s Cowboy Casanova. Elizondo’s diverse talents have also seen him work with Jay Z, Maroon 5, Fiona Apple, Pink, Eric Clapton and Kimbra among others.

Over three days, they are writing new music with an eclectic line-up of APRA AMCOS members including Guy Sebastian, Hayley Mary (The Jezabels), L-FRESH The LION, Lionel Towers (Gypsy & the Cat), Vince Harder, Theia, Morgan Bain and Just A Gent.

“They are building strong, collaborative relationships that extend way beyond the time they spend together at the writing camp.”

SongHubs is an APRA AMCOS initiative supported by the Federal Government. A new partnership with the Victorian Government has just been announced which will see additional SongHubs camps take place in Victoria over the next three years as part of the Connect and Create program. More information can be found here.