Soliloquy raps with a metaphorical complexity well beyond his years. With more accomplishments than most aspiring artists could ever dream of, Soliloquy has already established his spot in the ever-growing Australian music scene. At the age of 13, he made his debut performance in front of a sold out venue, making a guest appearance on stage with New York Hip-Hop legend Pharoahe Monch.

In July of 2011, he released his debut EP ‘The Unveiling’, receiving much acclaim from industry figures and the general public alike. He has collaborated with the likes of Remi, Sensible J, Dylan Joel, Silent Jay, Prequel, DJ Boogie Blind (The X-Ecutioners), ARIA award-winning producer Billy Hoyle, and Grammy award-winning producer M-Phazes.

He has shared the stage with stellar artists such as De La Soul, GZA (Wu-Tang Clan), The Pharcyde, Xzibit, Jean Grae, The Beatnuts, as well as many of the finest talents Australia has to offer. 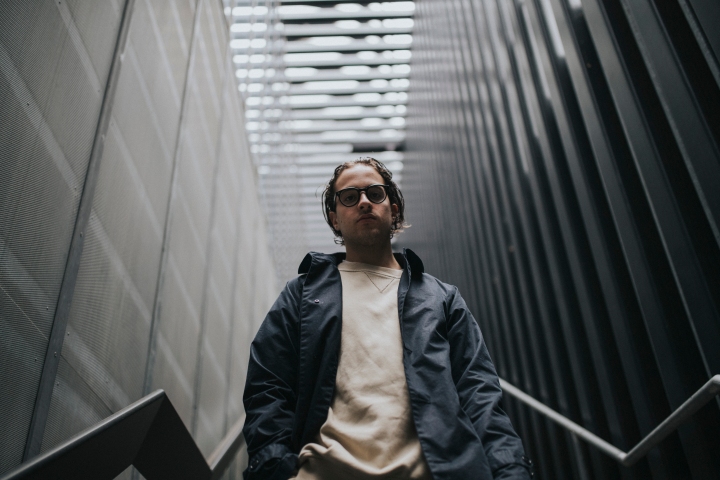 In line with the release of his second EP ‘Seven’ in 2012, Soliloquy became one of six finalists in Triple J’s Unearthed High competition, receiving regular airplay and acclaim from the station in the years to come. After delivering his third offering ‘Double Sided’, Soliloquy took a hiatus from music in order to focus on his high school education.

After many years absent from the scene, we saw the return of the artist in October 2017 with a brand new single ‘Living in the World’. The tune credits Jordan Rakei for his contribution on keys, and was launched to a full room at the Northcote Social Club with a live outfit consisting of members from Sex on Toast and Billy Davis.

On ‘Spell On Me’, the second single taken from his forthcoming album ‘There We Were’, Soliloquy proves he is here to stay. We catch the emcee effortlessly slipping into the swing of the rhythm, offered by the production of Julian Steel and Soliloquy himself, alongside the precise drumming of Graeme Pogson (GL, The Bamboos, Harvey Sutherland and Bermuda).

The song unapologetically blurs the lines of old and new, all the while encompassing Soliloquy’s trademark wordplay with soulful melodies. ‘Spell On Me’ is an expression of tremendous growth for Soliloquy as an artist, lyricist and storyteller; he demonstrates a confidence, proving that he displays all the hallmarks of a long and prosperous career.