After spending 2017 on the West Coast of America driving around a 30ft RV, exploring and writing new music – Drapht is back and fully equipped with something extremely special for your 2018 listening pleasure. The solo artist from Perth Western Australia is no stranger to the Australian music industry, carrying a platinum album, multi-platinum and gold singles, ARIA #1 Album and two ARIA  awards for his last two full length releases THE LIFE OF RILEY and SEVEN MIRRORS. 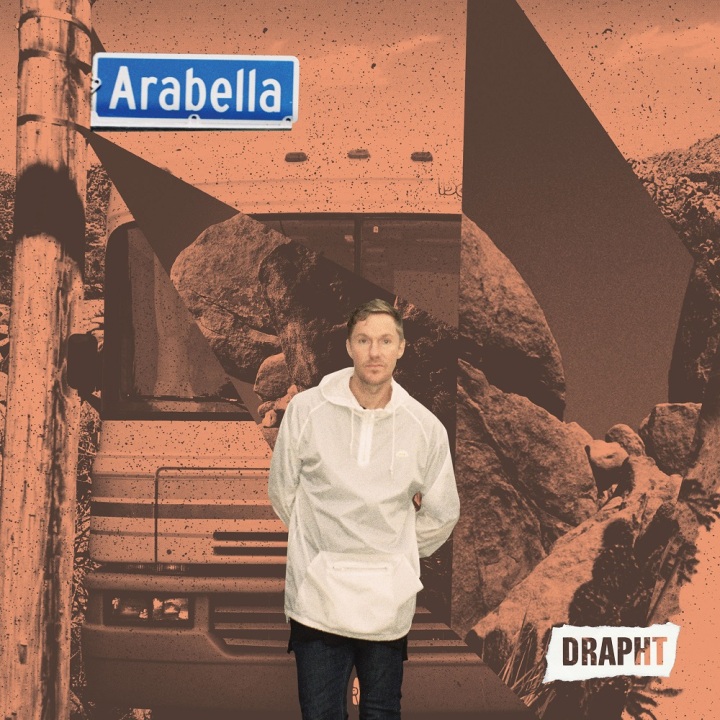 It’s now May 29th 2018, we find a surprise announcement and the first instalment from Drapht’s sixth full length studio album ARABELLA STREET (via Ayems / Sony Music Entertainment Australia). The first taste of ARABELLA STREET was announced yesterday to a loyal and unsuspecting fan base via the man himself across his social media platforms. It stars lead single ‘The Come Down Was Real’ a signature Drapht uptempo banger featuring Perth native Indoor Fins, and is a welcomed return for one of Australia’s most celebrated pioneers of the genre.

Drapht explains – “I decided I wanted tackle the release of this album a little differently this time around. I really had to attempt to take the pressure away from releasing individual songs and sole singles that didn’t quite represent the albums entirety and in the past tended to be extremely stressful. So I wanted to release the album in sections of multiple songs at a time instead; that way giving people more of a taste of things to come; that will then lead to the full body of work later in the year.”

‘The Come Down Was Real’ premiered on triple j’s Breakfast Show yesterday, followed by the albums announcement and a 5 date intimate showcase tour across the country early August.

For Tickets To A Show And More Info Visit: http://www.Drapht.com/Tours