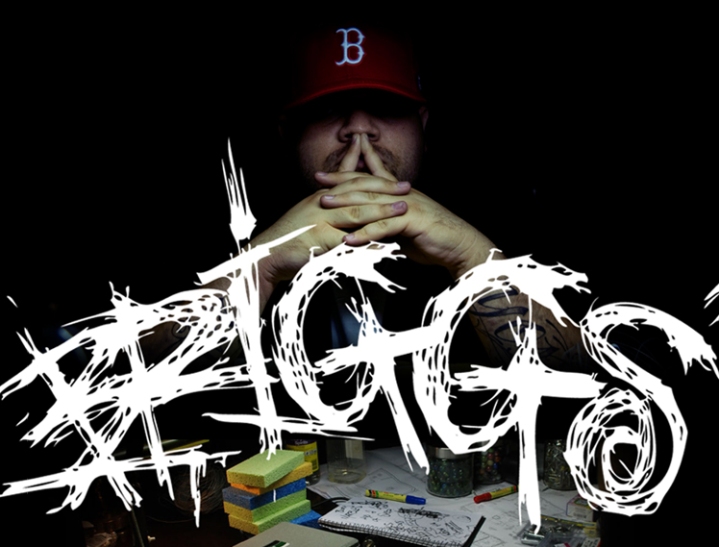 Before even releasing any ‘official’ music Briggs has been getting plenty of attention around his hometown of Melbourne. Veteran Melbourne MC, Reason has had Briggs at the top of his helper list for the past 2 years.  This multi talented artist with all the street hype of a bootleg Underbelly DVD is ready to knock walls down. He has recently released his debut EP Homemade Bombs with the assistance from Jaytee (Hazard Productions), 76 (Stronghorn Studios) and Trials (Funkoars) to much acclaim.

Having completed The Hangover tour with the Funkoars, performing tracks from Homemade Bombs, he’s already back in the studio working on his upcoming LP The Gospel According To Briggs. We can expect to see some assistance from the Hoods, Jaytee, 76, Trials and others who will be named closer to completion. Briggs had this to say to certified scribe about the upcoming LP.

I’m working on it right now. I’m collecting beats and working on the tracks. As I’ve said, I don’t usually have a set plan on how I make things, I just get in and see what happens. My fam from Adelaide will be all over it. Jaytee has already delivered me some heat. And I’m working with some other producers as well. There will be more about that down the track when I have things locked in.

Briggs is also currently touring with Hilltop Hoods in London and will set our shores alight when he tours nationally as a support act for the State Of The Art Tour. Briggs has also set up a tour diary (blog), keeping you up to date with all the latest news from the tour.  You can check out his blog here.