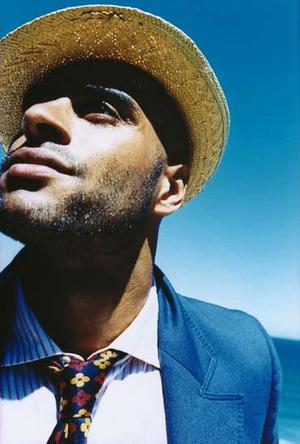 Aussie Hip Hop Artist N’fa Forster-Jones, best know for his work with 1200 Techniques, and also a boyhood friend of Heath Ledger, has released a music video Heath directed shortly before his death.
N’fa posted the 3 minute, 31 second-clip for his song Cause An Effect on his YouTube and MySpace pages on Thursday, along with a video in which he explains how the project came about.
Ledger, the celebrity-shy star of Batman blockbuster, “The Dark Night,” and the posthumously released “The Imaginarium of Doctor Parnassus,” shot a handful of videos for low-profile artists he liked. Ledger died aged 28 in New York from an accidental drug overdose in January 2008.
N’Fa, who had been friends with Ledger since they were toddlers in the Australian city of Perth, said the video was shot in one day in the garage of Ledger’s beachside apartment.

“He gave me a call one morning, as he often did at crazy hours, and he’s like, ‘N’fa, I’ve got this idea for a video,'” the rapper says in the online posting.
“He was basically running around directing me each shot,” he said. “It was a really cool day.”
“Every day I count my blessings that I got to have him direct this piece of art,” he said.

The video was first shown at a collection of Ledger’s work at the Rome Film Festival earlier this month.
Check out the clip below.