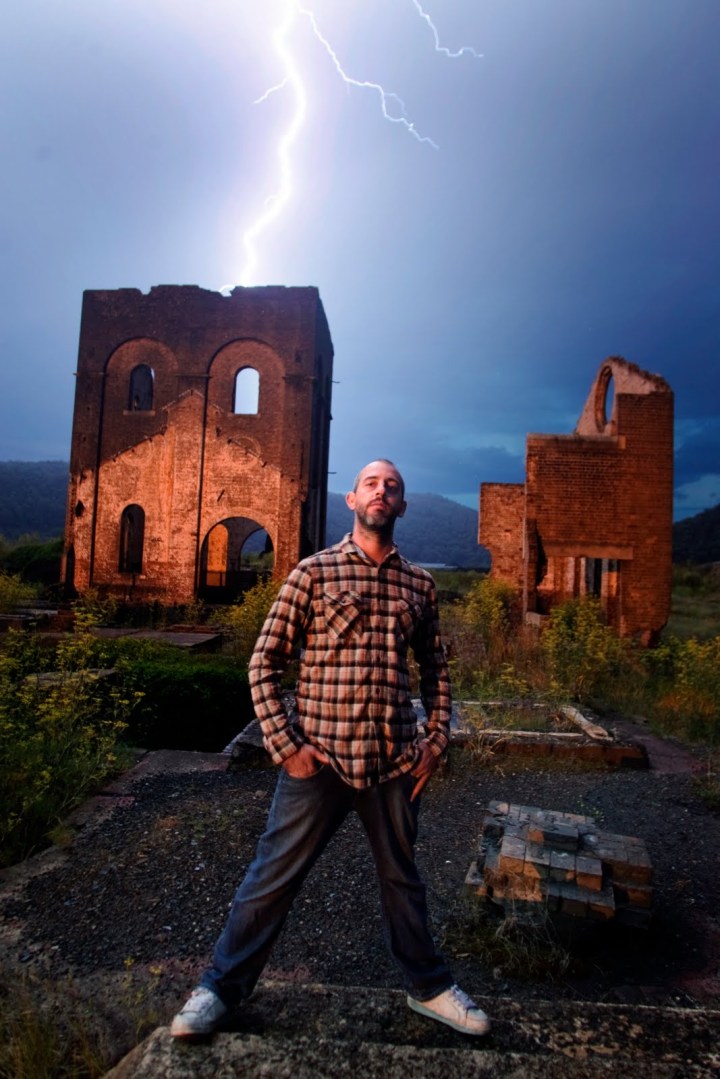 We catch up with Elefant Traks emcee Ozi Batla to chat about his upcoming debut solo LP Wild Colonial (May 14).

Wild Colonial is the title of your upcoming debut solo LP, dropping next month on Elefant Traks. It’s a great sounding title, whats the concept behind it?
“Wild Colonial” is from the old Irish/Australian folk song “Wild Colonial Boy” about the legendary bushranger and his fight with the authorities. It captures the rebelliousness of how I like my hip hop. The colonial is me, not just of this country but also of hip hop – so the “Wild” relates to “Wild Style” also. The album’s partly about me coming to terms with my place in hip hop and in Australia.

You have teamed up with Sydney producer Sandro – (ex-Good Buddha) for most of the album, what was it that originally attracted you to his style of production?
I’ve always been a fan of Sandro’s, from “Skillathon” to “Some 6000 Sighs” with Sinus. Sandro has a real crate-digger’s aesthetic which I feel is rapidly being lost in modern hip hop. He digs deep for the records he samples, and he has a broad interest and understanding of a vast range of music. Everything’s sampled off vinyl, straight into either the SP1200 (for the drums), the MPC3000 or the S950. If you know your shit you know this is real equipment for making real rap music!

Can you give us a quick snap shot of some of the themes and issues present on Wild Colonial?
Reflections on 15 years on stage and making music. The contradictions of being artistic and being ambitious. The melancholy of lost love, loneliness and spiritual emptiness. The key things in life that keep me motivated and happy. The history and future of our country.

What’s it been like working on a solo album compared to say The Herd or Astronomy Class albums, was the process easier ?
This album is much more personal than previous outings with The Herd and Astronomy Class. In some ways it has been easier. Sandro and I were very open with our criticism as we made the album. Sandro’s got a good ear for lyrics and flow, which is not always the case with producers. I’ve got my own musical ideas as well and it’s a credit to Sandro that he was open to some of them. Working with more people is cool because you move in some unexpected directions, but I really enjoyed the creative control this time. Apart from DJ Bonez and some backing vocals from SistaNative, it’s all me and Sandro. 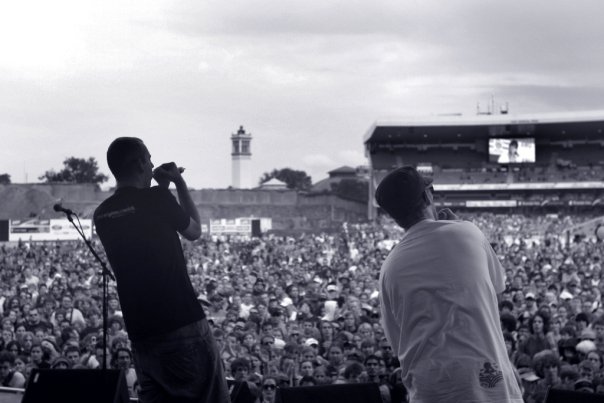 Just recently you played the “Before Too Long” shows, what was that experience like and how did it compare to the normal Australian hip hop gigs?
The “Before Too Long” shows were the highlight of 2009 for me. It was an extraordinary challenge to be alongside some really great singers and backed by Augie March. I was definitely the outsider but built some great bridges with the rock side of the scene. It also gave me the confidence to really attack all the singing on “Wild Colonial” with gusto – I realised that I can sing and I don’t always need to get someone else to sing melodic hooks.

You have been described as a veteran of the Australian Hip Hop scene. What’s it been like watching the scene evolve over the years into what it is today and being a part of that?
It’s rewarding to see young acts like Thundamentals or Horrorshow doing so well. There’s some paths and networks established now that weren’t there when we started. Tour circuits, radio shows, street press columns, a number of record labels, web forums and blogs – it’s easier to get out there but harder to make a mark. But even when I started there were people who’d been doing it for years. The idea at the heart of the matter hasn’t changed: You do what you love as well as you can and if you have some success, that’s a bonus.

You are a big supporter of the community, conducting hip hop workshops for disadvantaged youths in aboriginal communities and the inner city for many years now. Tell us a little bit about that great work and why you think hip hop can have a positive effect?
It is rewarding work, and it can give you a bit of a boost when the music game is getting you down (which does happen!) It’s taken me to some amazing parts of Australia and I feel privileged to have the opportunity to understand more about different cultures, be they indigenous or non. Hip hop is an immediate and easily understood form of expression that can break through with young people who have retreated into their shells because of the lives they have led. Hip hop asks them to tell their stories.

Your renowned for your often politically charged lyrics, in a recent blog post you mentioned that 77% (The Herd) may need a rewrite. What do you think about our current leaders and Government?
I think the Labor Party are doing good things at a federal level, but it disappoints me with regards to race and immigration. It’s like the big obnoxious elephant in the room that no one dares to deal with. Astounding because you know it grates on a lot of those politicians to make populist declarations like “we decide who arrives and the circumstances blah blah”. Then they turn around and say Australia is not a racist country. If it’s so tolerant why can’t they make these hard decisions. Putting a hold on Afghani refugees at the moment is so hypocritical I don’t know where to start. We started the war in their country that they are fleeing from but they can’t come here. Unbelievable.

Caught any decent gigs recently that we should hear about?
Saw Lupe a few weeks ago, was pretty cool. He’s a lot more ripped than I thought! Played with Ash Grunwald at a festival and caught his set – always great – junkyard percussion and drum machines. Going to see Space Invadas and Koolism next week.

Be sure to grab your copy of Ozi Batla’s – Wild Colonial dropping May 14 on Elefant Traks. You can check out the first single Put It On Wax below, and for a short time grab it free over at the Triple J site.