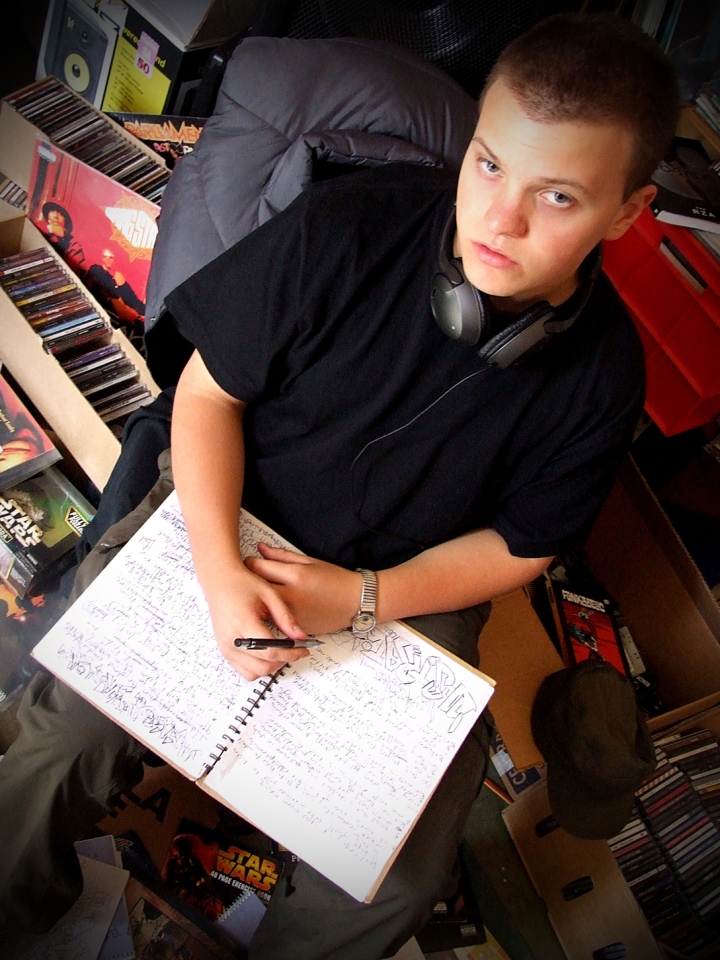 South Australian emcee Dialect has been picked as this weeks Triple J Unearthed feature artist. As a part of the whole deal, Triple J threw a few q’s Dialects way. You can check that out below. Also, make sure you head over to Dialects unearthed page here, and download some new tracks plus leave a review.

1. Tell us about your music – How did you develop your flow and sound?
I make straight up Hip Hop music with a focus on heavy beats and true lyricism inspired by my life experience, passion for record collecting and that 90’s New York Hip Hop sound. I want to make music people can pull out their crate or play on their ipod and still appreciate 20 years down the line and know it isn’t any temporary or throw away music that was created as a reaction to a trend. My flow and sound has naturally developed over the last 8 years. I first started rhyming at age 12 just going through my eldest brothers collection of classic Hip Hop and when i heard Raekwon’s opening verse on ‘Knuckleheadz’ from his album ‘Only Built 4 Cuban Linx’ thats the moment i went “yep thats what i want to do”.
Growing up with 3 older brothers all listening to Hip Hop there was no escaping it at the family household, i feel for my parents! But i felt a real affinity with the culture so i started collecting records, writing and freestyling. Then being inspired by MC’s like Juice and the entire Stronghold crew i entered my first battle at the age of 13 which i won so i kept doing it. I went on to win 6 more invitational battles but decided to stop at 16 to focus on recorded music. By doing live shows, recording more music, constantly writing and gauging people’s responses i refined my style. Also the peers i surrounded myself with growing up like Motion, Social Change and Delta have always encouraged me to strive for my best and never perform something you’re not happy to stand behind. So it was always a healthy and positive incentive to want to bring your best to the table when your rhyming with that calibre of MC’s.

2. What can the audience expect at a live show?
An honest, raw and entertaining performance. An uncompromising Hip Hop show; true lyricism, crates, turntablism, freestyles. But i always hope to engage with the crowd and above all have fun with it because thats why we’re all here, i don’t believe hardcore Hip Hop and having fun should be mutually exclusive. I want people to still party and have fun to music with integrity and a message, they did in the 60’s so why should that consciousness in live performance and music still not be there? If something i said made someone think /smile/dance or all at the same time then im happy.

3. Tell us more about working with Erick Sermon.
While he was in Adelaide, touring Australia with EPMD, he came back to my man Despair’s studio, The Vortex, and kicked it with the family here and listened to some beats. We had a draft copy of the new album that started to play and he had a real positive response which was a really humbling experience to hear him support the project and give it a good rap. He shared stories of growing up in Long Island New York, recording those classic EPMD albums, discovering Redman, being an aspiring artist himself at 19 approaching labels and other dope stories of his career in the Hip Hop game. He gave us a lot of encouragement and advice about the music industry and how to maintain your own identity in it, which were jewels i know ill apply each day.
Reflecting back, Its a pretty classic story to happen in little old Adelaide. I used to drive an 80’s era Mercedes, which got wiped out by someone running a red light through it recently (RIP!) But we were driving through the streets of Adelaide with Erick Sermon chilling in the whip, bumping EPMD, man It was just funny! Erick said driving in the Merc made it like the Australian version of the EPMD Unfinished Business cover (check it if you haven’t seen it!) It was a very cool yet bizarre experience to just chill and hang out with a massive influence on music, a huge inspiration for me and one of the greatest hip hop pioneers to ever live. Definitely a story for the grandkids if their not too busy on their hover boards.
4. Whats coming up in the future?
I have a new album coming out in June called ‘The Vortex’ I’ve been working on with Adelaide producer Despair which features guest appearances from Delta, Social Change and Motion. It will be available nationwide on CD & 2LP Vinyl for all those nutty record purists! We also have some exciting gigs coming up supporting DJ Premier, The Beatnuts, Masta Ace & Edo G in Melbourne and Adelaide and then touring the album upon its release across Australia in July/August.
Myself and Despair are already working hard on new music, diggin, producing, writing, recording everyday and in 2011 we’ll be going to New York to work on music and get absorbed in the Hip Hop Mecca…oh yeah and 2012! But for the immediate future, The new album and touring is my primary concern, which i believe has something for everyone. So be on the look out for Dialect & Despair in a city near you releasing our new album ‘The Vortex’.

Here is a preview of some tracks off the forthcoming LP, from Dialect and Despair, The Vortex.
The album Features guests appearances from Delta, Social Change and Motion.  The Vortex will be out on CD & 2LP in June 1. Released by: Uknowho Records.