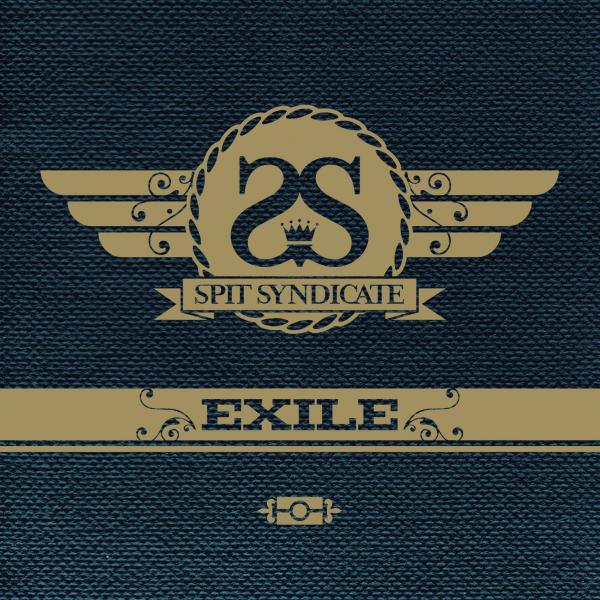 Nick Lupi from the Spit Syndicate catches up with allaussie hip hop to talk about their new release Exile, touring, competing with hip hop legend Ozi Batla plus more:

aahh: Exile has just dropped lads, congrats on the release. Brilliant is something that comes to mind. Tell us a little about the album?
Nick Lupi: Big ups Jim, thank you – glad you like it. I much prefer to let the music speak for itself rather than try to describe it with words, but in terms of the album, it’s the culmination of a lot of late nights and long studio sessions – myself, Jimmy and Adit all put a lot of work, time and love into it. We’re stoked to have it out there, especially since it had been so long since our last release.

aahh: What were some of the main inspirations behind Exile and how did you draw on these in the creative process?
Nick Lupi: The obvious answer for inspirations behind the albums comes from the experiences that we’ve had over the past two years: traveling overseas, touring the country, real life shit like moving out of home, balancing work, music and study, personal relationships, the general goings on of the world at large. We are firm believers in putting lyricism at the forefront of writing songs – that’s the sort of music we like to listen to, where the words count just as much as the music. We drew on all of the aforementioned experiences that we’ve had over the past two years and wrote the album.

aahh: Starry Eyed is the lead single from Exile, it is also the title of the national tour which we will talk about a bit later on. What was the reason behind picking Starry Eyed for the lead single and tour title? Was it simply because it was your favorite song off the album?
Nick Lupi: I wouldn’t say it’s our favourite song of “Exile” – although we do dig it – it was the lead single because it’s the most (maybe only) radio-friendly song we had on the album. We didn’t make the album with radio songs in mind (something we should probably start doing if we want any serious airplay!). Starry-Eyed was the last song we wrote, it came together in the last few weeks before we had to mix and master the record, Adit came through with this catchy, swinging piano-driven beat and the song was built around that. We named it the Starry-Eyed tour just because the song is enjoying a few spins at the moment on radio.

aahh: Exile has been described as being a ‘very accessible’ album for even the non hip hop fans? Do you think that this is correct or do you think that Australian Hip Hop has reached a point where people realise that this isn’t just a few Australian guys trying to be American?
Nick Lupi: I think that point was reached a few years ago, I think “The Calling” was probably the album that deaden that stereotype for many mainstream listeners. “Exile” is quite a dense album lyrically but we tried to make the songs easy on the ear as much as possible, so it’s a big compliment to be told it’s described as “very accessible”.

aahh: The album was released on the same day as one of the kings of Australian Hip Hop Ozi Batla’s – Wild Colonial and still managed to debut at #8 on the ARIA charts and #3 on Air. What did you guys think of that?
Nick Lupi: You’re right, Ozi is very much a king of Australian hip-hop – so it’s a bit daunting to be dropping on the same day as him. To have both records drop on the same day and chart within the top 10 is great to see – we were stoked with it, it’s a good look for Sydney hip-hop. Big shout outs and much much respect to Ozi, Sandro and the Elefant Traks crew – they’ve been holding down Sydney and beyond for 10+ years, it’s crazy shit.

aahh: There has been a lot of discussion lately surrounding the term ‘Urban’ and it’s application to the Australian Hip Hop music scene. What is your point of view on this subject and does it at all affect you as a performing artist/crew?
Nick Lupi: I couldn’t care less about what they call Australian hip-hop. I agree the term ‘urban’ is a bit messy and very dated and I can see how people might have a problem with it, but I wouldn’t say it has any sort of effect on us.

aahh: 12 Dates have just been announced for the national Starry-Eyed tour. What are some of your favorite destinations around Australia and who will be some of the support acts?
Nick Lupi: We had an absolute ball on the last tour we did with the Horrorshow boys, pretty much every date was wicked so it’s hard to pick favourites. Melbourne is always a favourite, Brizzy too, we had an amazing time over on the West Coast last time as well (Mojo’s at Fremantle – god damn!). All will be revealed in the next few days, so I can’t tell you all of them. But the supports for Sydney will be Thundamentals, Skryptcha (overage) and Skryptcha, Daily Meds for all-ages.

aahh: Spit Syndicate are members of the OneDayer Crew which encompasses Adit and Solo from Horrorshow. What’s it been like owning the last 12 months with these two? Especially after their Inside Story release?
Nick Lupi: “Inside Story” has got to be one of the strongest local releases to come out in the past five years, in my opinion (which of course is a little bit biased). It’s a little bit scary being in a crew with Solo and Adit because they are such absolute freaks in what they do, but at the same time I couldn’t be prouder.

aahh: Triple J recently held a comp in conjunction with M-Phazes and Unearthed, DJ Joyride entered as an emcee, he also features on one track on the album. Quite a talented guy you have behind the decks. Will we see more from Joyride in the future?
Nick Lupi: Man, Joyride is seriously ON SOME SHIT. He’ll be the first to tell you that he couldn’t do a scratch routine to save his life, but is most certainly one of the most talented cats I’ve ever come across. He does try his hand at rapping from time to time but where you’re going to see him shine is with his band, Joyride and the Accidents (Adit is also in this band, so is Jono from Made in Japan). The man is a crazy songwriter and he is going to blow the fuck up, gotta do as many gigs with him as we can before that happens..

The ‘Starry-Eyed National Tour’ is guaranteed to be the biggest tour yet from one of the country’s most exciting hip-hop groups – do not miss this tour when it rolls through your town.

Touring throughout July, tickets on sale now from here.