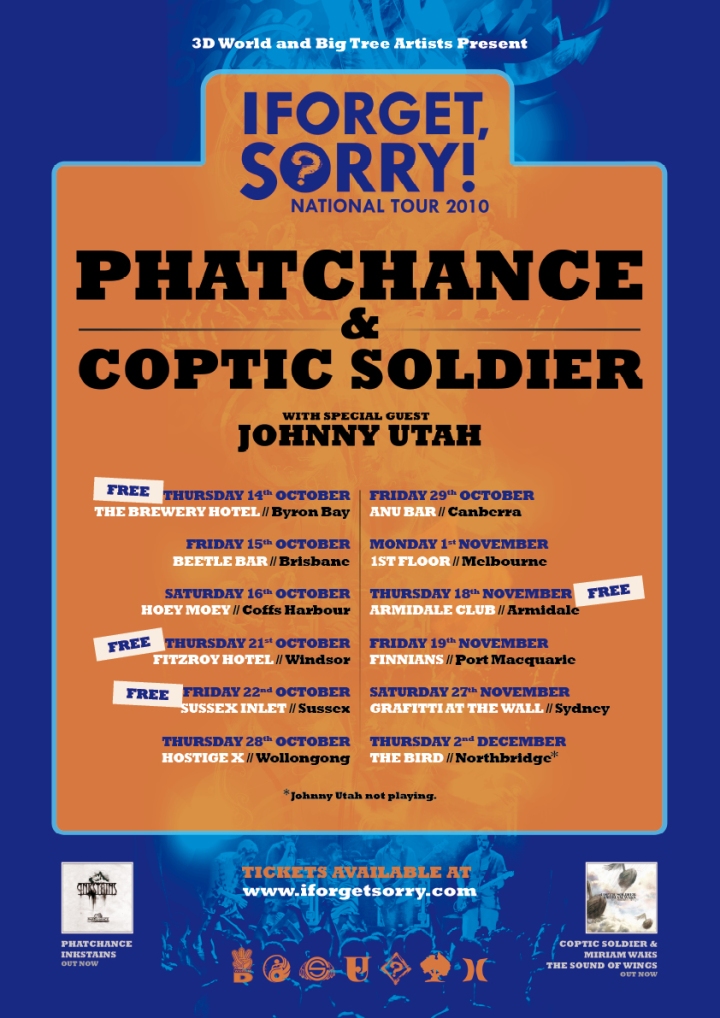 On the back of a year already packed with a massive touring schedule, including the national Inkstains tour and supports for heavy weight acts like Method Man & Redman, DJ Premier and The Beatnuts; Solo Artists Phatchance & Coptic Soldier are once again hitting the road with their unique brand of fiercely independent, progressive Australian hip-hop.

Both solo artists have quickly established themselves as key members in the new guard of Australian Hip-Hop music, their pragmatic approach and personal song writing has bridged the genre gap and seen them forge a dedicated and growing following beyond the typical reach of the genre.

Crowned both a Triple J Unearthed and Myspace.com featured artist, as well as packing out venues nationally on his Inkstains tour, Phatchance has quickly become Sydney’s biggest unsigned hip hop artist. His stage partner Coptic Soldier has just released his debut EP The Sound of Wings and together they will be taking both albums across the country, along with a host of great support acts including special guest and fellow I Forget, Sorry! member Johnny Utah.