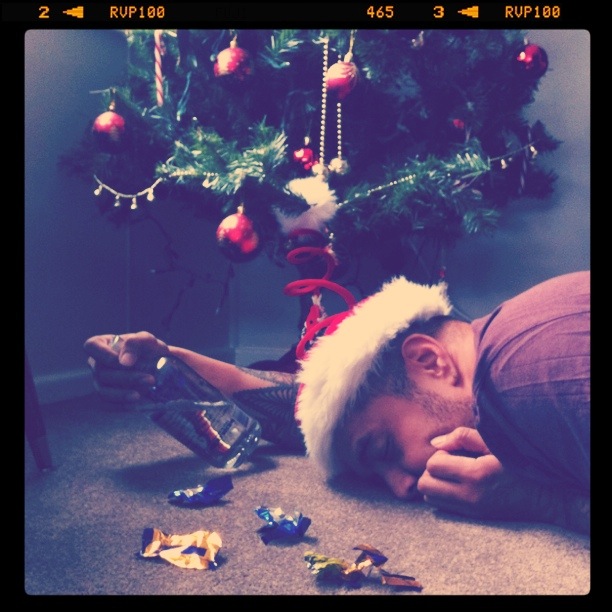 Hau from the almighty Koolism crew has thrown together a belated Christmas message/2010 Wrap up for all the heads. Hau sent a little message with the track which you can read below.

“Wrote it while coolin’ with my fam’ in Bega.  Recorded in the car using the lap top so, you know… it’s on some lo-fi business. Haha. The beat is from RUN DMC’s, ‘Christmas in Hollis’. A few random shout outs at the end… so if you didn’t hear your name and think I should’ve mentioned it, catch you next time.  Anyway, nuff talking and have a listen.”

Koolism are considered to be one of Australia’s first ever hip hop groups. They formed in 1992, and consist of world-class DJ Danielsan, and equally as impressive emcee Hau. They were the first Hip Hop outfit in Australia to win an ARIA award for their album Part 3 – Random Thoughts in 2004.

The Umu is dedicated to the essence of original and classic hip hop. What does the album’s name mean you ask? As Hau puts it:

“‘Umu is a Tongan word for an underground oven. It’s a long and tiring process in which to prepare and to cook food slowly and thoroughly, but its results are rewarding and enjoyed by all who feast on it. That’s what I feel this album is like. A lot of time, money, heart and soul went into making this album. But after all that, the fruits of our labour are now ready to enjoy. And you know how Tongans eat, so you better get a big plate and fill it up!”

Koolism were, and still are one of the most respected hip hop groups in Australia. These veteran hip hoppers have toured extensively and supported some of the biggest names: De La Soul, Grandmaster Flash, J5, The Roots, Jazzy Jeff, the list goes on and on..as well as playing all the major summer festivals. The release of The Umu puts them back in the game and we look forward to all it delivers!
The Umu dropped Friday September 3.