Tom Showtime has many guises…  DJ, Producer, Saxophonist and Gramophone Enthusiast. From Be-Bop to Breakbeat, his passion for music is paralleled only to his enjoyment of watermelon, coffee and cricket. 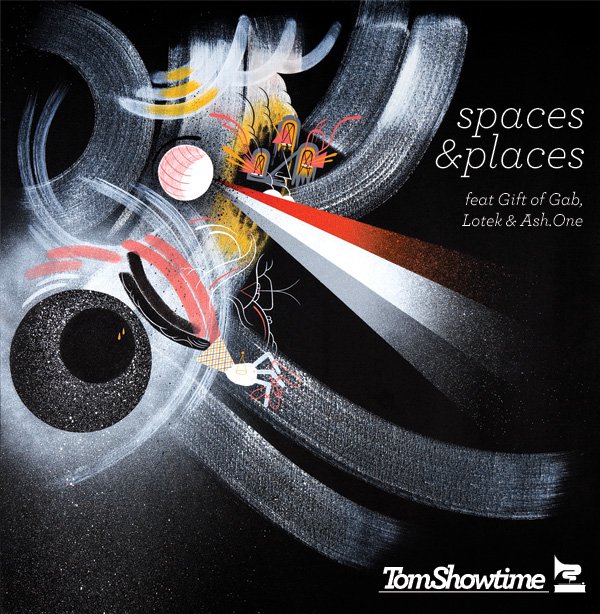 Having spent years spinning and collecting records in London, he returned home to Melbourne in 2008 and promptly released The Showtime EP, a head-nodding Trip Hop odyssey showcasing original horn lines.
Three years later, the release of his debut album The Jam Thief will introduce a heavier sound. Beat driven, jazz flavoured tracks with ‘the funk’ always present. The first single Spaces & Places featuring Gift of Gab (US), Lotek (UK) and Ash.One (Aus) is set to shake dance floors across the world with it’s ‘Global Hip Hop’ vibrations. Demonstrating his skills as a remixer, 2011 will also see a series of reworked classics released on 45’s for UK label Second Hand Funk, these will be guaranteed favourites for both DJs and revellers.
“Roll Up, Roll Up…” Tom Showtime live is a unique experience, whether improvising sax over the turntables or performing original tunes, his combined talents and gift for music will continue to impress.

On a side note the artwork for the cover of this one was done by none other than RekaOne of the Everfresh Crew.

You can purchase this piece as a print from NiceProduce.com