The name Fatty Phew is now very familiar to cherished lovers of the music scene that is Hip-Hop. His versatility has always been known to leave an indelible mark on Geelong’s music culture. Fatty Phew has achieved far more than he could have ever dreamt of at the ripe age of 13 when he started illustrating lyrics that would be the starting point for a thriving career. 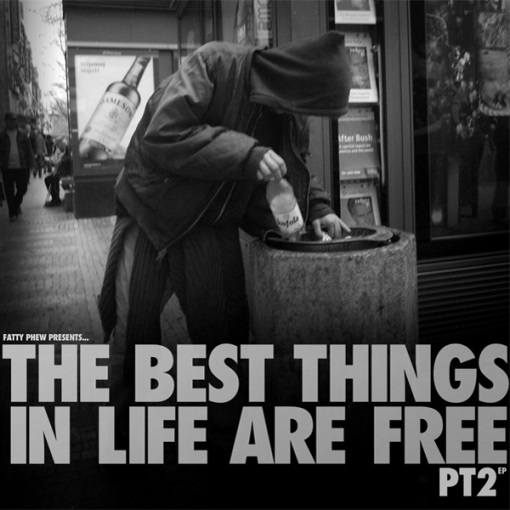 Growing up in the Geelong Hip-hop/Street scene, Phew saw that music culture was absent in his city and so he made it his mission to put Geelong on the Map. The passion he projects is emphasised by his will to perform and inspire those surrounding him. Arriving on the scene in 1999 as a guest on Formula radio station with live ciphers and the infamous Watch Ya Step vs Battletown Battle he has gone from strength to strength within his own right.  Throughout his career Phew has ran with many crews such as Insomnia, WYS (Watch Ya Step), Hungry Humans and associated with others such as Crate Cartel, B Wiv Deece and The Alliance Crew. In 2002 he met Autism which began a partnership that would see plenty of hyped up maniac shows. In early 2000, Phew also linked himself with Spit, Luke Mac and DJ Bogues which eventually began Insomnia. 2007 saw the MC to release his first official debut album through Shogun Distribution titled 23 Years In The Making. It received enormous underground acclaim and has only continued to broaden Phew’shorizons.

Alter Ego and Fatty Phew
In 2009 Phew met the producer Alter Ego and Insomnia was set. A producer, a DJ, and 3 MC’s were all in place.  2010 was quite the year for Fatty Phew appearing several times on Triple R radio station and collaborating with Alter Ego and DJ Bogues to produce a free EP entitled Best Things In Life Are Free (DL Link), which saw them to have sold out shows across Melbourne and Geelong. The future of 2011 is beyond bright for this talented Australian artist.