Mantra is fast becoming one of Australia’s most eminent hip hop artists. After setting a new bench mark with first solo effort Power Of The Spoken, the Melbourne emcee is back with the explosive new release Speaking Volumes. Combining both musical proficiency and articulate character, Mantra has delivered a seamless, holistic album. 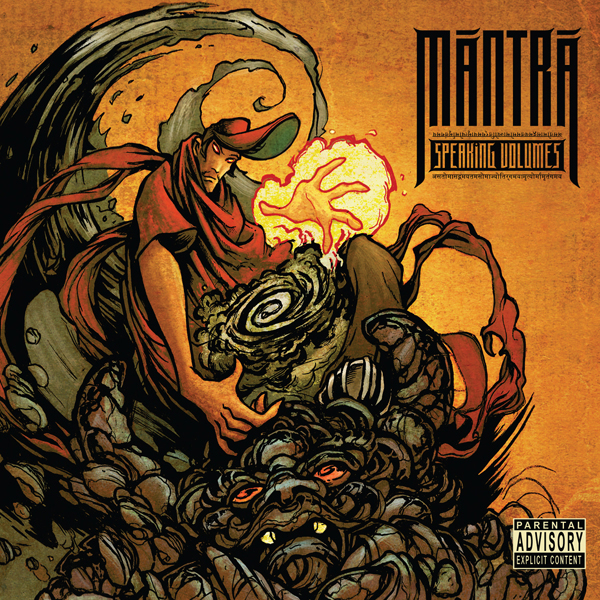 Speaking Volumes exhibits the intricate philosophizing idiosyncrasy of Mantra’s rhymes. His vehement lyricism with its tapestry of subject matters is vividly transposed by its musical accompaniment for the album’s entirety. Publicly, yet astutely labeled ‘your favourite rapper’s favourite rapper’, it was no surprise that an inundation of accomplished names stepped forward to contribute. Speaking Volumes features an impressive array of guest artists such as Promoe (Looptroop Rockers, Sweden), Drapht, Urthboy, Illy and many more. Production-wise, the album boasts a stylistically diverse selection of sounds; each producer bringing his own realm of sonic brilliance to the fore. Speaking Volumes credits beats from the likes of M-Phazes, El Gusto and Mista Savona among others.

“This is the first time I’ve recorded an album I was so in control of. I knew how I wanted it to sound and worked together with the producers and guest artists to make it happen.” – Mantra

First single release (as heard on Triple J) Got Me Wrong feat. Parvyn Kaur Singh offers a brazen glimpse behind the misconceptions and snap judgements public figures are often prescribed by the public. Boasting production by the masterful Mista Savona and the enchanting flourishes of Hindi-style vocalist Parvyn Kaur Singh, Got Me Wrong is characterized by its exotic melodies and bass-heavy, driving beats. Produced by Vegas with additional production highlights from Hattori Hunzo, the ever the riddling jester, Mantra continues to deliver impressive skill served with a side of moral confrontation in Nobody Knows I’m Famous. A witty, fundamentally self-deprecating track, making mockery of a seemingly shallow music scene. Perfect Thing, with its selfless and generous insight to love’s mystique, by rap standards may in fact be the most risqué track on the album. The song possesses a sensual fullness featuring Mantra’s enamored croon on the hook.

Speaking Volumes is a true testament to both Mantra’s observance of social psychology, and his deep reverence and aptitude for language. With his careful approach in addressing poignant themes, this album is certain to live up to its namesake.

One thought on “Mantra – Speaking Volumes”